Millions of Cricket fans across the globe enjoy watching this game simply because of those hard hits down the ground by the participating cricketers and this is something which has made them attached to this game over the past few years. 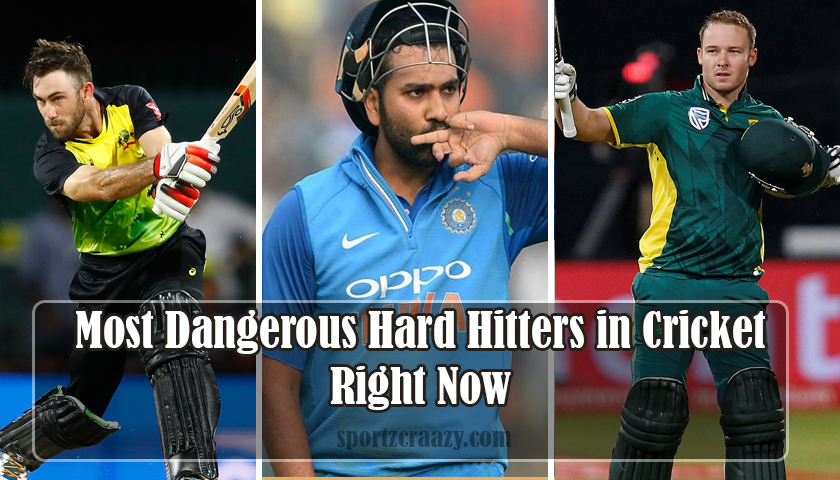 This was the sole reason why T20 cricket went so popular across every part of the globe and if we talk about the current times, T20 has gained more spectators than any other format in International cricket. Still it’s more about the players hitting those sixes and fours rather than the runs itself. Whilst we are talking about the same, let’s take a look at the top 10 most dangerous hard hitters in cricket right now. 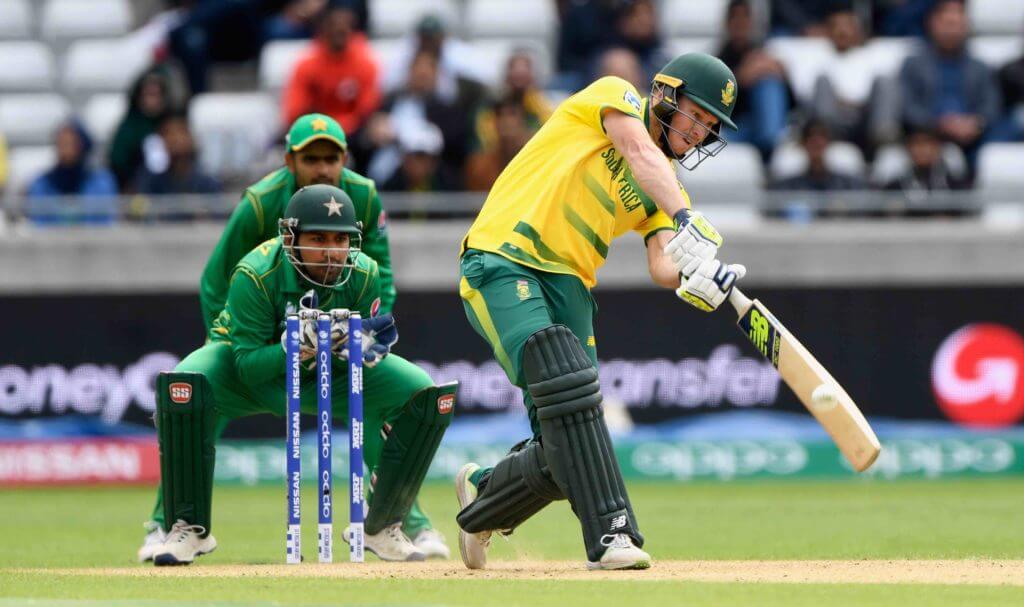 David Miller has gained immense popularity of being a prolific hitter of the cricket ball, simply because of his successful stint in the Indian premier league with his franchisee Kings XI Punjab. Miller not only became a popular hitter overnight, but also got entry into the South African team as a result of his big hitting capabilities.

Although his form dipped down in the past few years and he did not have a good 2017, Miller came back strongly whilst scoring some crucial knocks for his team which also included a world record T20 century against the Bangladesh team in 2018.Miller is still going great guns in international cricket and we can certainly expect some more fireworks from his in the coming times. Jason Roy did have a fantastic 2018 which saw him scoring a famous Century against the Australian team along with his debut in the Indian premier league. Whilst being out of touch for most of the times during the Initial stages of his career, his destiny took a drastic turn when he found a spot in the English team after the retirement of their key openers in the past few months.

He along with Johnny Bairstow at the top has really brought the good old times for the English team in the recent times. 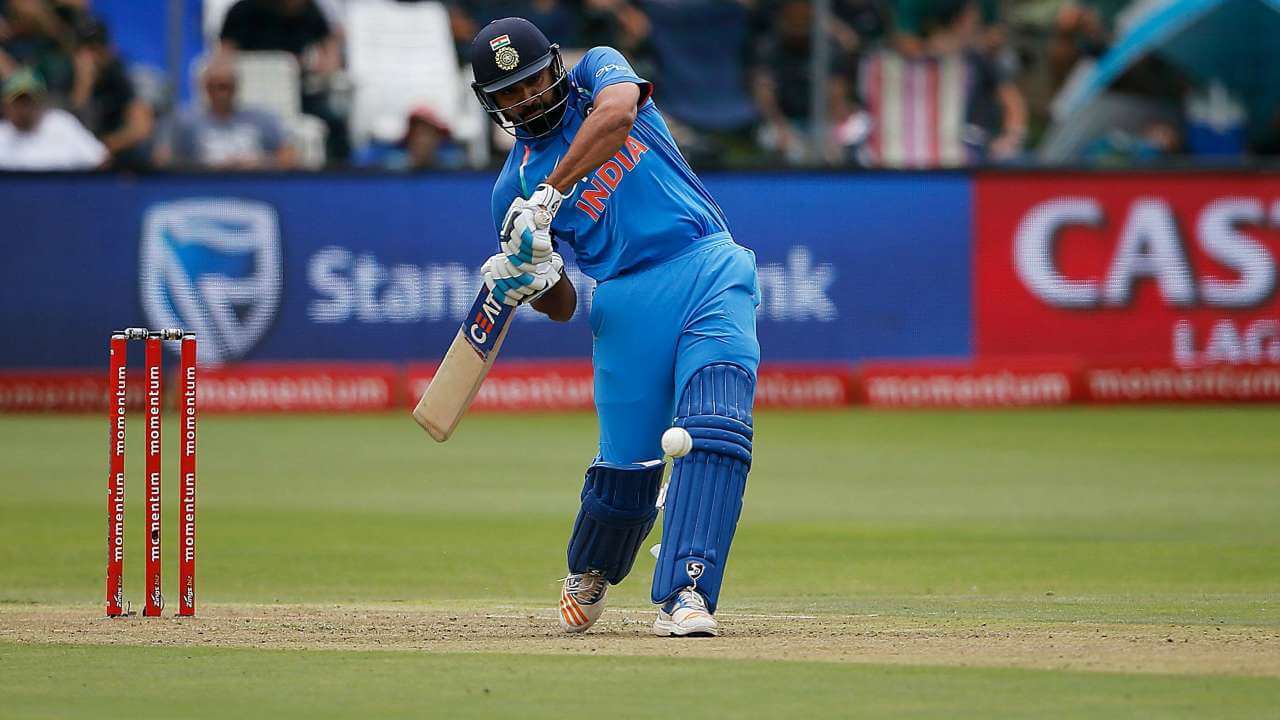 If there’s any one player who is going great guns with his limited over’s form, Its Rohit Sharma. Not only he got record 3 double centuries under his name during his career, he has outclassed even the strongest bowling attacks in the world currently. In the recently concluded Asia cup, Sharma came out as the second top most run scorer after his opening partner Shikhar Dhawan and seems like he is not stopping around anytime soon with his ultimate hitting capabilities. You can’t really keep this guy out of the picture when it comes to ascertain the list of best hard hitters of the current times. Although many people have questioned his technique and batting abilities for long periods, Mohammad Shahzad has shut his critics down with some exceptional hitting over the past few months. Although he is yet to find a spot in the IPL cricket and any other big cricket league, the day seems like not far away for this hard hitter from Afghanistan. 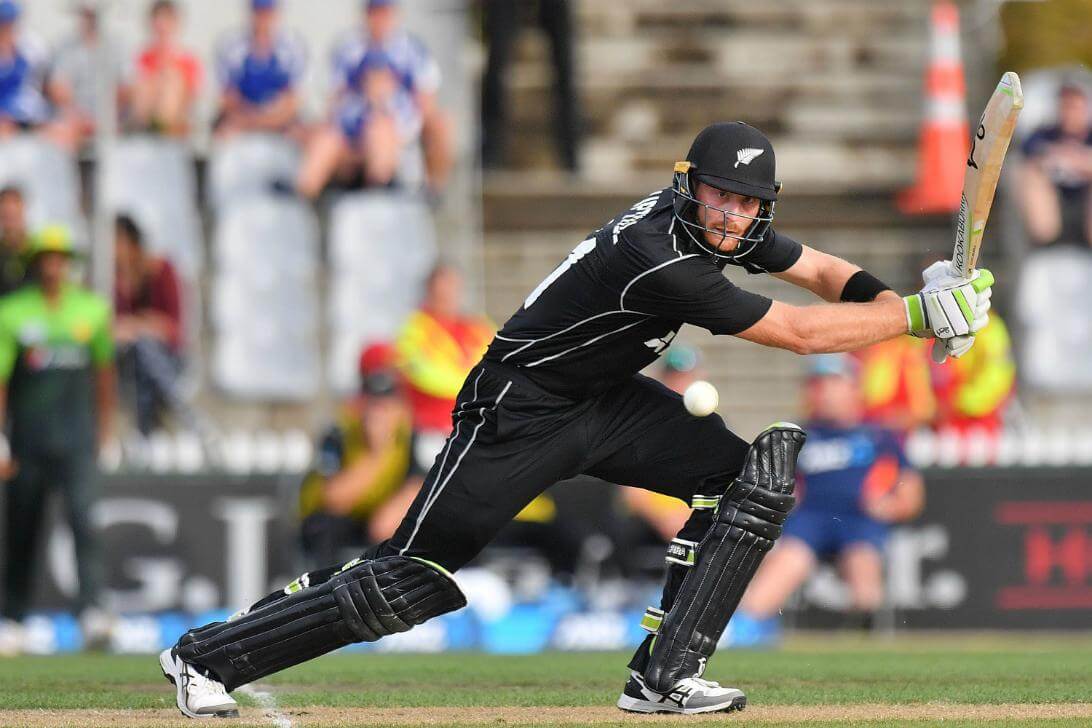 Martin Guptill has been firepower up the order for the kiwi team and his strike rate has jumped to around the 150s in the past few years. As of now, he has also found his place in the ICC top 10 T20 players whilst being one of the finest strikers of the cricket ball.

It was few years back when he found himself dropped from the Kiwi team in the wake of some bad form and performances to his name but he didn’t seem like giving whilst making a fiery come back to the International level. Fakhar Zaman is that one player form the Pakistani team who has made his mark as one of the best strikers of the cricket ball in the world right now. Quite recently he has scored a double century against the Zimbabwe team and became the first player form the country to score a double ton in their ODI history.

Well this was not the first time that he proved his prowess in the world cricket as he was the key reason of Pakistani victory over the strong Indian team with an outstanding century in the Champions trophy final 2017. Gone are the days when Chris Gayle was been denoted as the hardest hitter of cricket ball from the Caribbean and his compatriot Evin Lewis is certainly taking the honors from him now. In a span of just few years, Lewis has made his mark in the International cricket with some hard hitting knocks against some of the quality bowling attacks across the globe.

This has further made him earn a spot in most of the T20 leagues around the world and he seems like going “all guns blazing” in the times to come as well with the kind of form he is into currently. 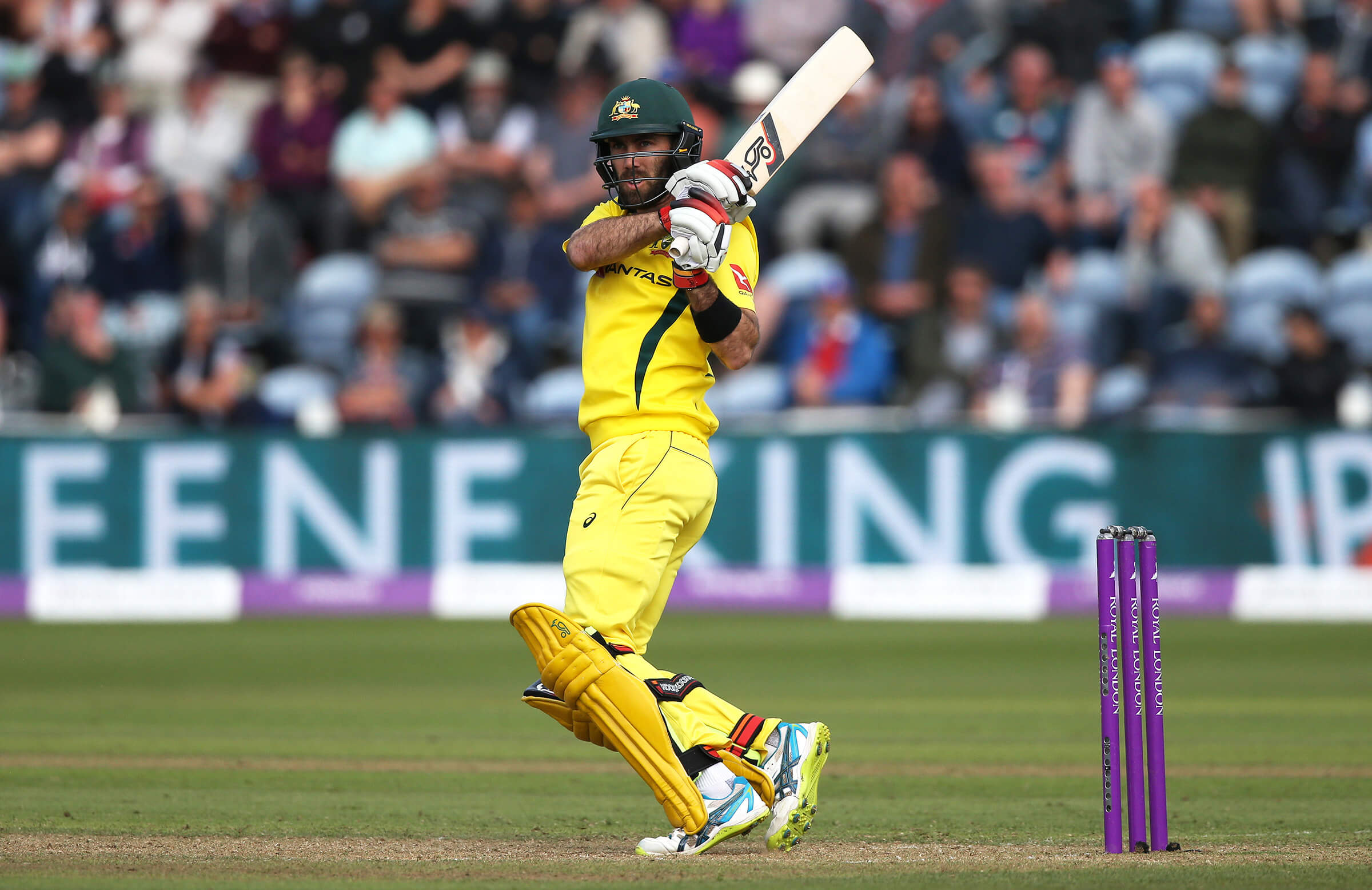 Although this Aussie player has seen a drop ion both his form and hitting capabilities in the past few months, we can still count him as one of the best hitters of the cricket ball currently.

There was a time when every bowler around the world used to get scared by his hitting abilities but having said that, he seems like far from being over even now as he just shown great signs whilst hitting Indian bowler Krunal pandya for 3 consecutive sixes in a T20 match against India recently. Glenn Maxwell shown that he still holds that power and ability and is ready for a comeback in his old ways. A man with the highest International T20 score to his name is no lesser than carnage for the bowlers and even though he didn’t perform lately as per his standards, it’s just a matter of time that he starts thrashing all the bowlers around with same skills and power.

Aaron Finch is a raw mix of technique, patience and brute power and this is certainly something which has established him as a proven hard hitter in the current cricket world. 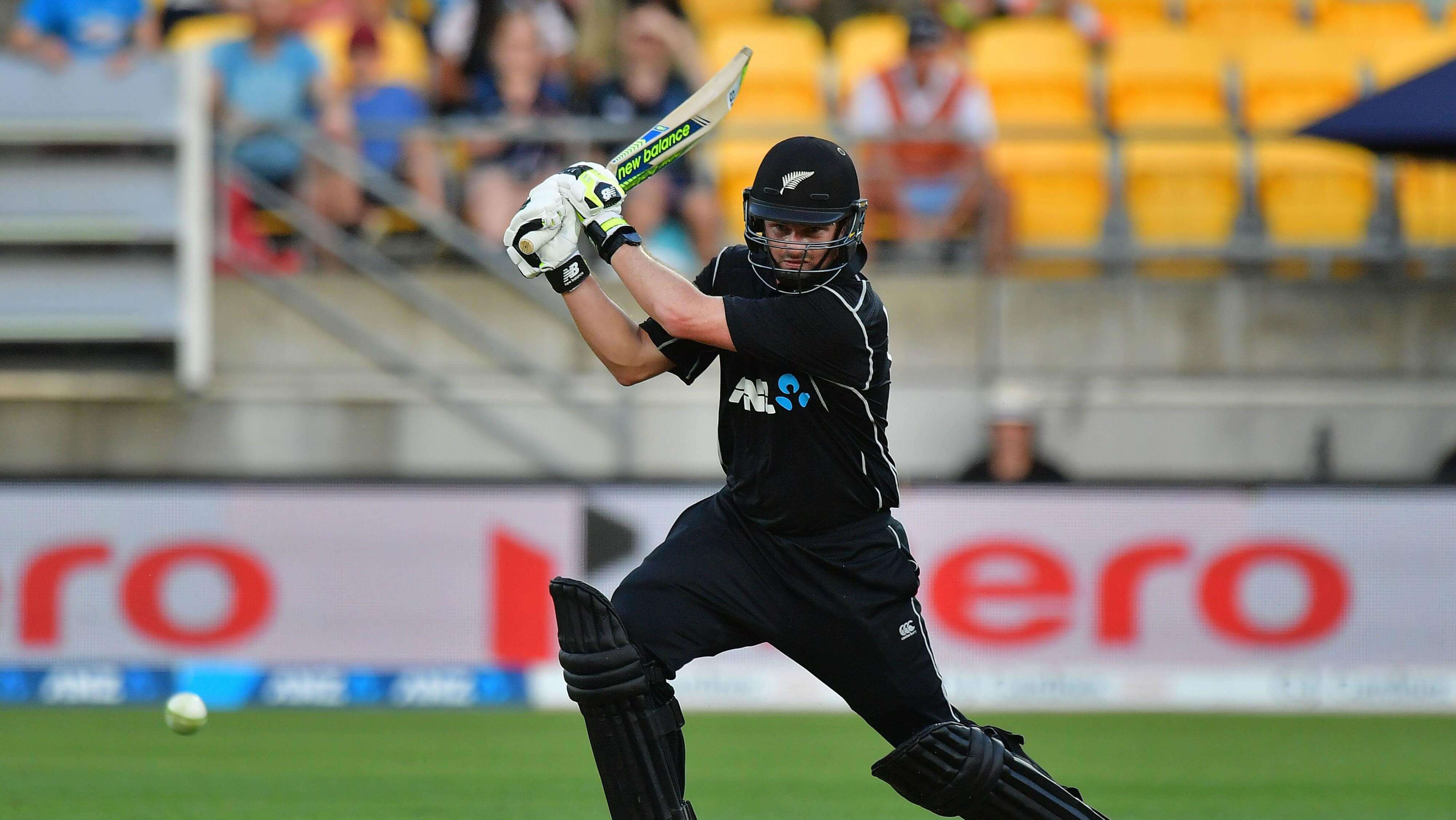 There’s hardly any other cricketer who hits the ball with more brutality than Colin Munro currently. His inception in world cricket came with a bang when he first hit one of the fastest ODI centuries against the wets indies team and ever since then, he has made his mark as a ruthless striker of the white ball in the International cricket arena. Munro is currently playing for various franchisees around the world and he also come up the order for the kiwi team as well. Moreover, many are quoting him as the true successor of Brendon McCullum in the New Zealand cricket for his great hitting abilities.