Dhoni Tribute to Para Special Force: India has finally started off the World Cup campaign with a win against South Africa by 6 wickets. Rohit Sharma was declared the man of the match for his valiant century in the match, but the incident that grabbed most spotlights was Dhoni donning special embroidered gloves with a special symbol in between.

It is a special operational unit of the Indian army, a special trivia for our viewers it is the same force that launched the surgical strike in POK (Pakistan Occupied Kashmir) in 2016. 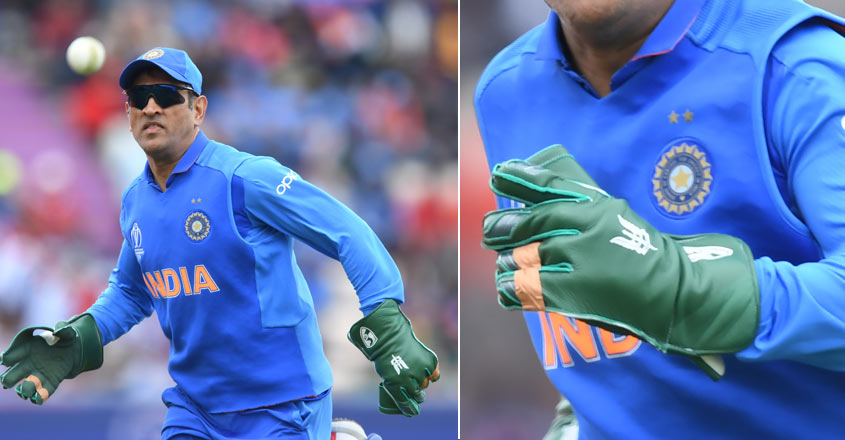 Dhoni Only Second Cricketer to Hold the Rank of Lieutenant Colonel

Dhoni Tribute to Para Special Force: MS Dhoni was honored the rank of Lieutenant Colonel by Indian army in 2011, which makes him the only second cricketer after Kapil Dev to receive the special honor.

Dhoni is a trained paratrooper; he has done a Para basic course from Paratroopers Training School, Agra. He took the fifth jump from Indian Aircraft AN-32 and achieved the eligibility to donn the “Balidaan” badge.

Twitter and other social media was flooded with heaps of praises for  Dhoni for showing love and respect for the army and the nation.

This is why we love u @msdhoni. Thanks to show your love and support for our military PARA SF. Rounded is the regimental dagger insignia of the Indian Para Special Forces on Dhoni’s gloves. pic.twitter.com/NgoAriDUxH

This man shows his love for the nation and army.
A Regimental Dragger(BALIDAN) of Indian Army Para Special Force on MS Dhoni Gloves. #IndianArmy #Balidan pic.twitter.com/P5haUEyQcy