While batting first India sat a massive total of 385/9 on the board. Whereas, New Zealand in answer, lost Finn Allen too early as Hardik Pandya took his wicket. But, later Kiwis managed to settle and accelerated the score board as Devon Conway and Henry Nicholls played a outstanding innings for their team whereas Conway is still on the crease at the score of 81 not out playing well. Nicholls on other side got out 42 and Daryl Mitchell came next to bat.

Daryl is currently playing on a score of 21 runs giving a support to Conway and the team. The pair looks to build up a good partnership to reach the milestone.

Indian bowlers on other side did’nt performed so well, as expected. Even though replacing some bowlers for this match did’nt proved to be beneficial so far as New Zealand made a good comeback after losing early wickets.

Yuzvendra Chahal and Umran Malik were picked in India’s playing XI for this match, which did’nt proved to be successful yet. India making big scores while batting is a good indication for the team but, bowling side is not able to come up to the expectations.

Team should work on its bowling side as the ODI World Cup is also coming, scheduled to be played later this year in Oct-Nov. 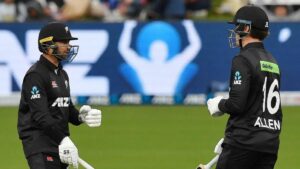 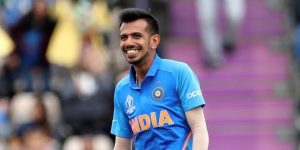 No Pressure From The Management, It’s A Bilateral Series: Yuzvendra Chahal 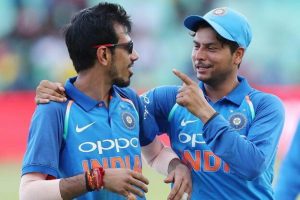 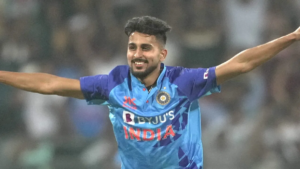