Having not been included in the provisional World Cup squad, the English Cricket Board has picked three ODI old Jofra Archer in their World Cup squad on Tuesday. England mainstay David Willey has to make way for Archer owing to his raw talent over the former’s experience.

England Cricket Board have released their final World Cup squad on Monday. While it was certain that Jofra Archer will make into the squad, the question was however who is going to make way for the English all-rounder? One of the bowling mainstays, David Willey now has been axed from the squad who unfortunately has to witness the 2019 World Cup on TV.

Willey was a part of the provisional World Cup squad, however, the raw talent of Jofra Archer has got the better of him, leading him to leave out from the World Cup on Monday. Willey was understandably disappointed with the decision going against his chances in the quadrennial tournament. However, unlike Junaid Khan and Ambati Rayudu, Willey didn’t make his Tweet worth headlining in the newspapers. He rather posted a light-hearted message with a video underneath, saying he is100% behind his lads.


“What can I say, I’m absolutely gutted. Still 100% behind the lads. On a positive…still winning at life!!” He wrote.

David Willey has been a vital cog in England side ever since he made his debut for the team. The English bowler has played 46 ODIs for his country in which he has managed to pick 52 wickets at an economy of 5.75. And given the fact that English pitches are mostly flat in the last four years, Willey’s numbers are certainly worth applauding.

Amongst the other changes in the squad, Alex Hales is also one prominent name in the team who will also miss the World Cup due to his involvement in the drug abuse. James Vince has been selected as his replacement for the back-up opener. He will go into the World Cup as the third opener in the squad along with Jason Roy and Jonny Bairstow. He scored 43 and 33 in the fourth and fifth ODI respectively against Pakistan in the recently concluded series in England. 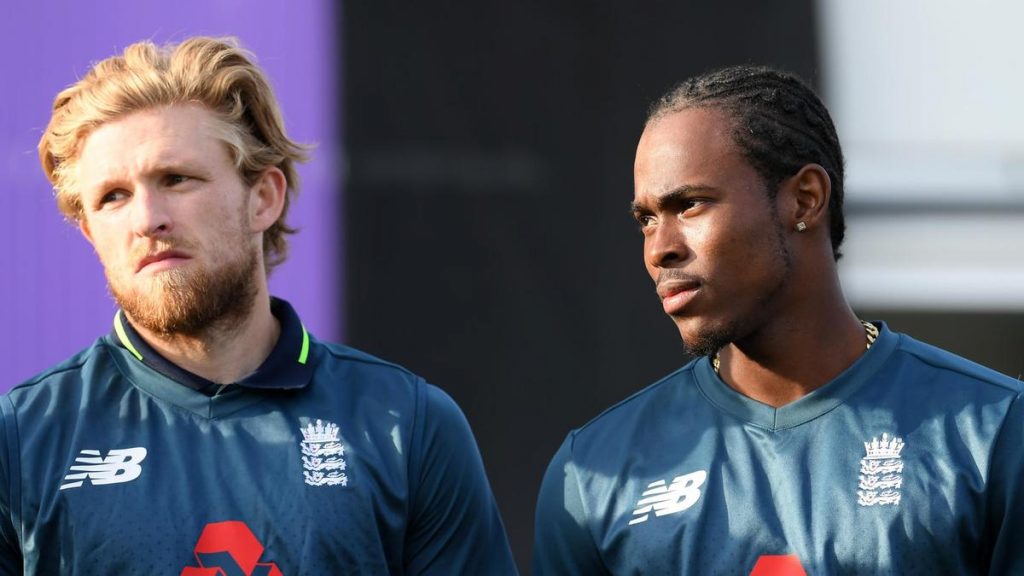 Joe Denly also missed out to Liam Dawson who wasn’t in the frame even a couple of months ago. But Denly couldn’t do much in the series against Pakistan and in the process, lost his place in the side. Dawson impressed everyone with his show in the domestic One-Day Cup and is picked as the third spinner in the line-up.

“It’s been a hectic last six months, but the guys have come through and I fully expect them to play well. For any team, knockout cricket is when the most pressure is. Our first job is to get through and qualify for the semi-finals. Get to a semi and anything is possible.” England coach said.

England Squad for the World Cup 2019