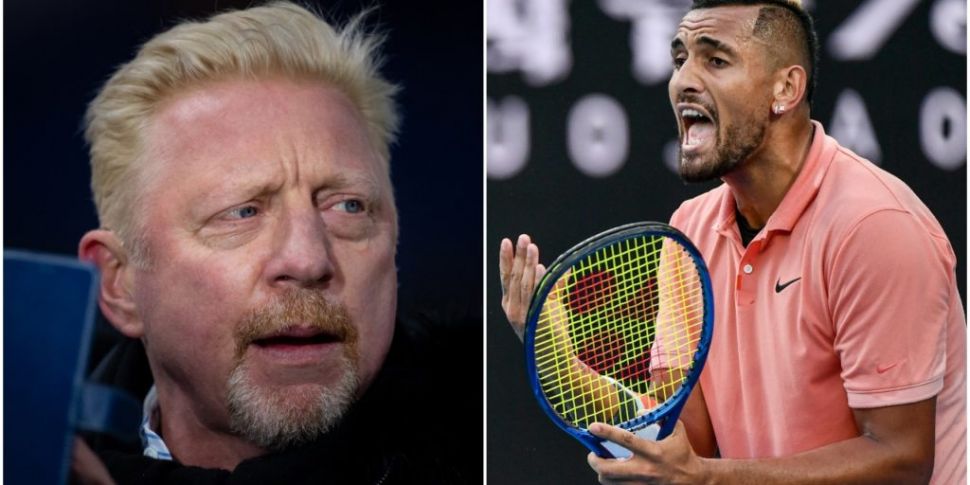 Tennis legend Boris Becker and Australian tennis ace Nick Kyrgios engaged in a war of words on Twitter over Alexander Zverev’s irresponsible action that broke the rule of quarantine.

The whole incident gained eyeballs when Nick Kyrgios criticised Zverev who was seen partying in Monaco just days after he came from the Adria tour and his video went viral on social media.

After receiving backlash from everyone regarding the Adria Tour, that saw many people including the organizer Novak Djokovic, his wife and several other players testing positive of the virus. Zverev had pledged to self-quarantine after returning from Belgrade but he days after his return, World number 7 was seen partying which caught the attention of Nick Kyrgios as he was infuriated by his irresponsible behaviour.

Kyrgios criticised his German counterpart but Boris Becker came to his countryman’s rescue by responding on twitter which didn’t go well with Kyrgios.

Rats? For holding someone accountable? Strange way to think of it champion, I’m just looking out for people. WHEN my family and families all over the world have respectfully done the right thing. And you have a goose waving his arms around, imma say something.

Kyrgios later called Becker a ‘doughnut’ but Becker didn’t hold back as he reiterated by reminding him of the respect and guidelines as he replied:

Your funny guy ….how is it down under? Respect all the guidelines? https://t.co/tZ67V5Qu3m

Kyrgios had already criticised the organizers regarding the Adria tour and also criticised the accountable authorities for resuming professional tennis in the midst of the pandemic in the whole world.

World No.1 Novak Djokovic was the organizer of the event in order to raise funds for helping in the fighting the coronavirus. Unfortunately, it didn’t go well as he along with his wife, coach and few players were tested positive of the deadly virus and now going under the treatment and serving the self-isolation norms.