In a match between England and Afghanistan, the Barmy army looked on the song and look in no mood to show mercy on any Afghani bowler. In the mean while Eoin Morgan hits 4th fastest hundred in the World Cup history. He smashed the scintillating hundred of just 57 balls against Afghanistan.

Morgan has now hit the most number of sixes (17) in the World Cup history and also went pass 200 sixes mark in ODI cricket. The record for fastest hundred in World Cup belongs to Kevin Obrien of smashing the fastest century in just 50 balls. 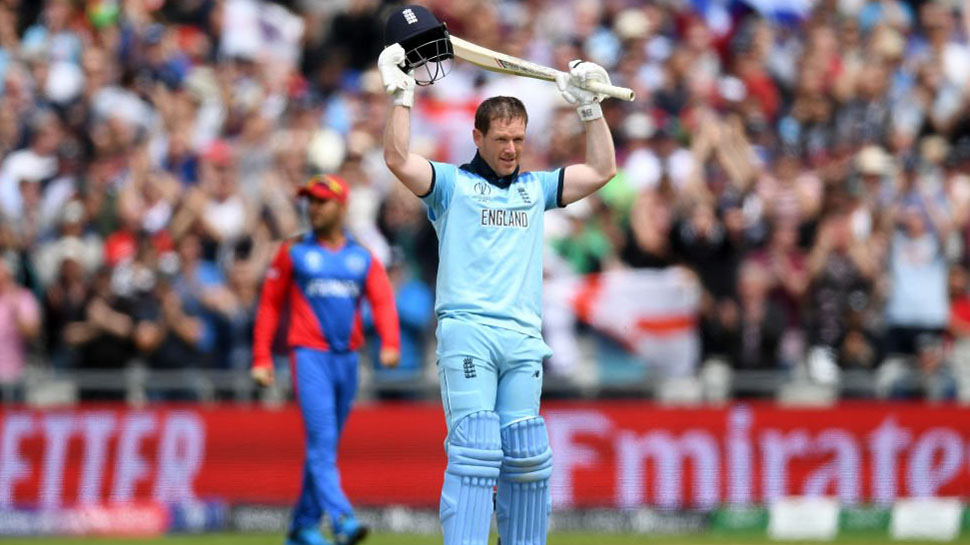 Glen Maxwell is at number 2 at the list, he scored second fastest hundred of 51 balls followed by AB De Villiers with a hundred of 55 balls.

Eoin Morgan took over as England captain after Alastair Cook was sacked from captaincy prior before World Cup 2015. In the last 10 years, Morgan has completely transformed the English team and made it into a world beater ready to hunt every team during this World cup.

Morgan was unlikely to play the match against Afghanistan but was declared fit at the last time and he made his presence count by hitting memorable knock of 148.

Eoin Morgan hits his 17th six of the innings – the most ever hit in an ODI!#CWC19 | #ENGvAFG pic.twitter.com/wFfjeBWOdv