V Ajith Kumar, the youngster who defined that everyone has talent, they just need a platform. The 21 years old V Ajith Kumar is roaring in the current season of Vivo Pro Kabaddi League with his zestful and tireless game play on the mat. Playing his debut season of Pro Kabaddi League this year, Ajith has already showed the world what all he is capable of. He is already a centre of attention due to his unmatchable talent. Hailing from Coimbatore, Chennai, Ajith was always interested in Kabaddi sport. He loved playing and watching Kabaddi since he was a child. When he was in 11th Standard, it was his brother who insisted him to play Kabaddi at Professional level. Ajith, who is one of the mains of the raiding department of Tamil Thalaivas, he has been prolific in the current season. Playing under experienced players such as Ajay Thakur and Rahul Chaudhari, Ajith has performed very well under their guidance. 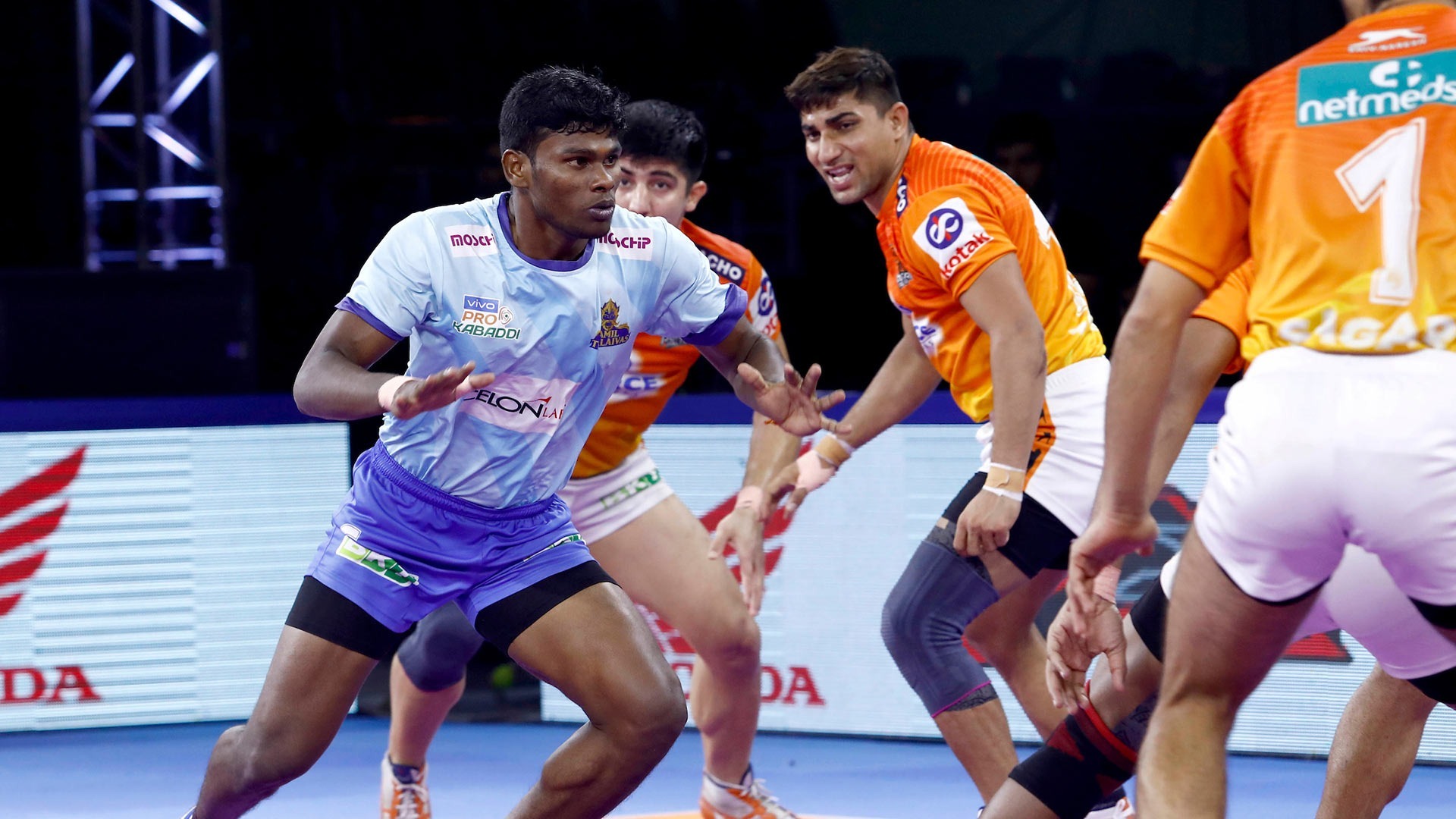 Despite the failures of star players Rahul Chaudhari and Ajay Thakur in the side, the youngster has stood up for his side on several occasions. Ajith used to play Kabaddi with his friends along with his elder brother and seeing his swift moves during the game, his elder brother got him admitted to a professional Kabaddi coaching centre. It was his brother who backed him throughout the time and encouraged him to dedicate his time on Kabaddi. It has been six years since Ajith started playing professional Kabaddi. As he admits that playing Kabaddi also helped him in pursuing his college through Sports Quota. Ajith used to watch Pro Kabaddi on television as he dreamt of playing in Pro Kabaddi League someday.

Now that Ajith plays for Tamil Thalaivas in PKL, he is very thankful to everyone and God for where he is today.

Ajith has a good not out percentage in Pro Kabaddi League which is quite impressive for a youngster. The raider has been the player of the match on a couple of occasions as he takes on the responsibility with utmost commitment.
With Pro Kabaddi giving plethora of opportunities, Ajith is one of those youngsters who has grabbed that opportunity with both his hands. In the match against Telugu Titans in Bangalore, Ajith went on to score his career best points by scoring 14 points against them. The electrified Bangalore crowd was all cheers for him as he became the player of the match with his error free raiding brilliance. Seeing his rising form and performance match by match, Tamil Thalaivas convoy would ride on his skills and competence level.

It will be intriguing to see how V Ajith Kumar‘s rise will affect his performance, given the weight of expectations that are to set-in, and if he is able to stay calm and composed by handling all the limelight. As of now, discerning his capability and quality, Ajith now finds a place in the list of reliable players such as Rahul Chaudhari, Ajay Thakur and Manjeet Chhillar for his side.