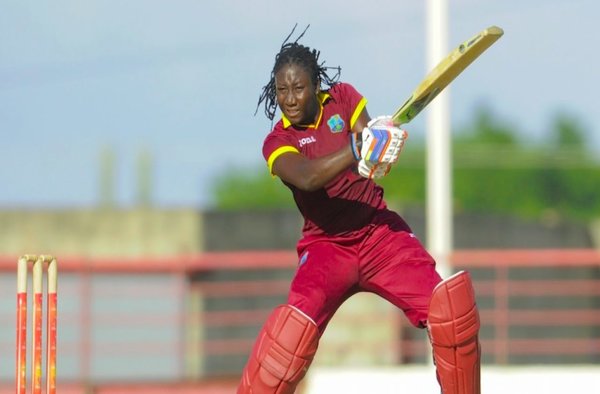 Stafanie Taylor was born on June 11, 1991, in Spanish Town, Jamaica. She is the current captain of West Indies Women’s Cricket Team. She has represented West Indies women’s cricket team most times. She made her debut in the age of 17. She got the opportunity to play her first WODI in 2008.

She made her T2OI debut against Ireland and her first match, she scored 90 runs off 49 balls which is her highest individual T20I score by a West Indies player. She has represented West Indies in more than 100 ODIs.

In the 2009 Women’s Cricket World Cup, she was the leading run-getter and wicket-taker for West Indies. In the same year, she scored her maiden ODI century against South Africa.

She was leading run-scorer in the 2010 ICC Women’s Cricket Challenge. She scored 390 runs in five matches at an average of 97.50. Her team was the runner-up side of the tournament.

In 2011, Taylor was selected as the 2011 ICC Women’s Cricketer of the Year and she was the first West Indian cricketer to get this award.

In 2016, she created history for West Indies to win the T20 World Cup in India. She was the captain of the winning squad. She was the highest run-scorer and player of the series of the tournament.

In 2017, Women’s ODI World Cup, she made her 100th appearance in WODI. In July 2017, she was awarded as the Women’s Cricketer of the Year by the West Indies Players’ Association.

In November 2018, she got the contract from Sydney Thunder to play in Women’s Big Bash League in Australia. In 2019, Taylor played in her 100th WT20I against Australia.

She was named the captain of West Indies’ squad for the 2020 ICC Women’s T20 World Cup in Australia.

In 2011, Taylor was selected as the 2011 ICC Women’s Cricketer of the Year and she was the first West Indian cricketer to get this award.