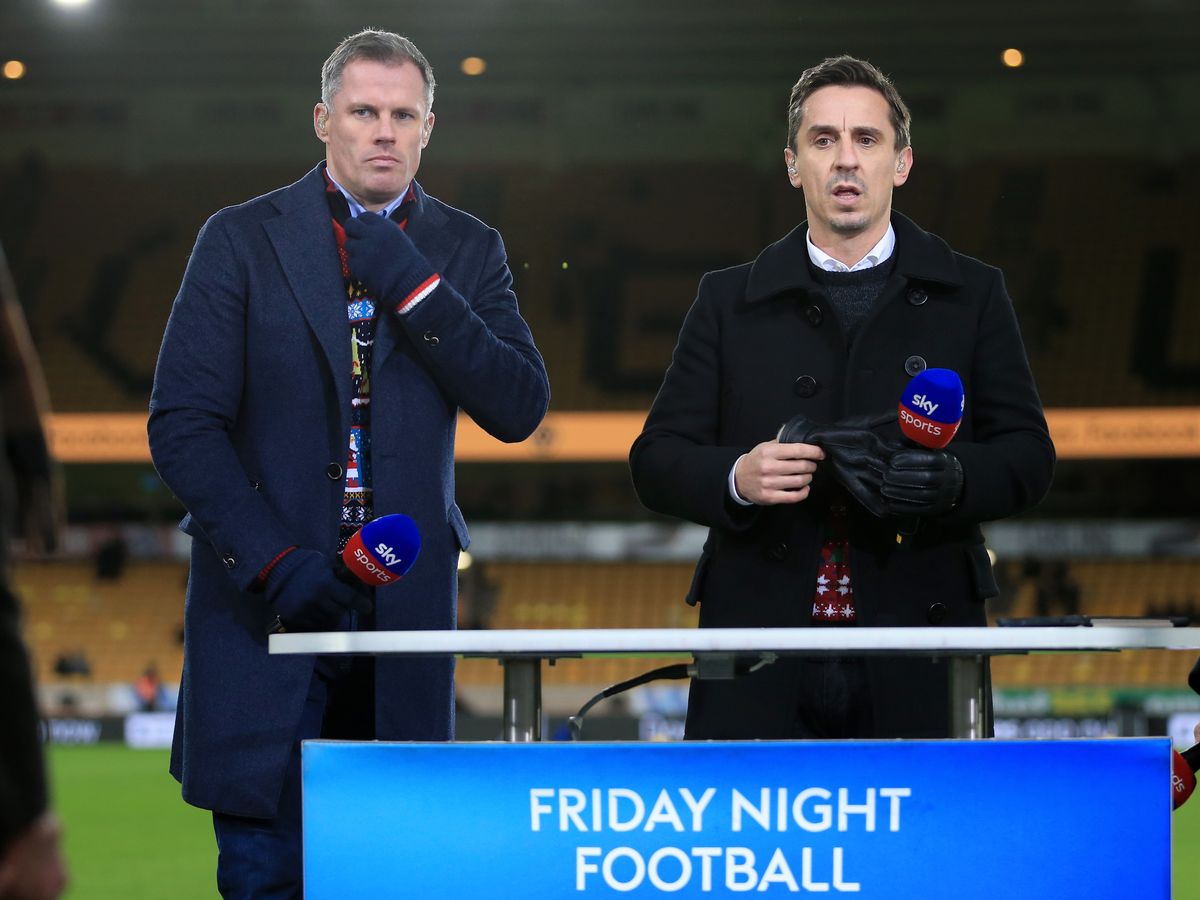 Once the rival footballers on the field representing two of the successful English top-tier clubs like Liverpool and Manchester United respectively, at present Jamie Carragher and Gary Neville work as pundits in the most reputed sports channel, Sky Sports. In a funny mocking event, Jamie Carragher took a playful dig at his counterpart at Sky Sports, Gary Neville by sharing the video and changing his profile picture to that of a screengrab of Gary Neville.

The rivals were beside each other on the show called Sky Sports’ Monday Night Football when the runaway Merseysiders took on relegation battling Hammers.

Against West Ham United at Anfield, Liverpool went ahead in the eighth minute, courtesy Gini Wijnaldum’s header on Trent Alexander Arnold’s cross. However, David Moyes’ side scored the equaliser in the 12th minute through an angling header from Issa Diop. The scoreline remained at 1-1 though Liverpool searched for a goal. The shock for the Anfield based outfit came when Pablo Fornals struck the low cross from Declan Rice in the 54th minute.

As soon as the second goal was scored, Gary Neville shared the video mocking Liverpool and Jamie Carragher. In the video, he was found saying that,

“Tune in, tune in! This mob are blowing it. They are throwing it away. They’re bottling it again!”

However, the video went on vain for the Sky Sports pundit as Mohammed Salah scored the equalizer for the Reds. Further, in the last 10 minutes of the game, Liverpool pressed high. And the efforts yielded the results for Merseysiders as Sadio Mane scored from the looping header of Trent Alexander Arnold. After Liverpool completed a comeback at Anfield, Jamie Carragher exacted the revenge by sharing a video that had caption called “Mo Salah you little dancer!”

When Mohammed Salah netted the goal for Liverpool, Garry Neville shared the twitter post with a single facepalm emoji. And when Sadio Mane netted the winner, he posted a tweet with 43 face-palm emojis.