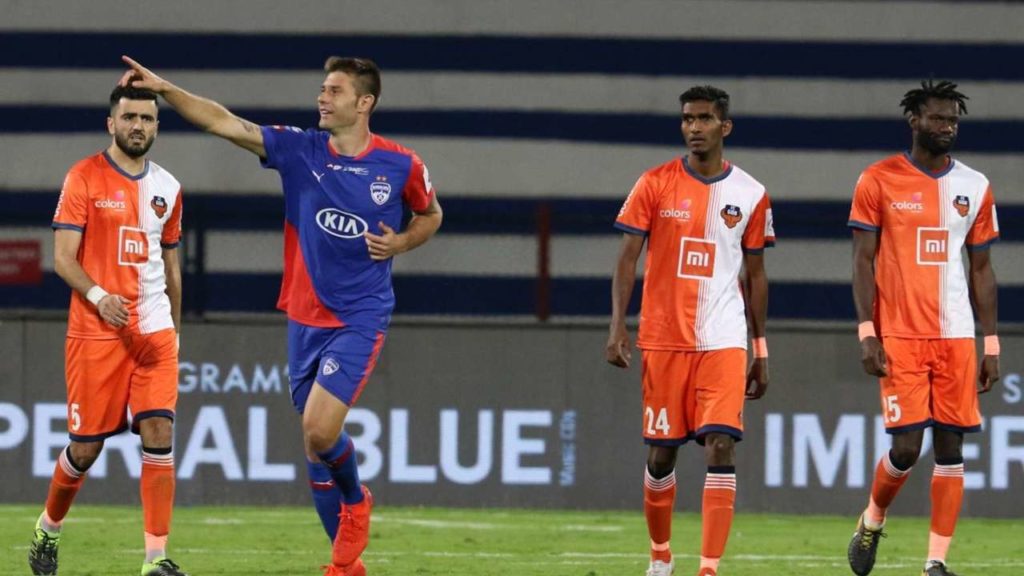 Consistent Bengaluru FC will take on a revamp Goa team at Fatorda Stadium Goa that could well be first high scoring game of season. With a new head coach and new foreign players Goa would look to start well and hit the ground running against a well oiled Bengaluru FC team which will be a daunting task.

Goa FC are yet to win the ISL and have come close twice in 2015 and 2018 but couldn’t cross the final hurdle. They had played attractive brand of football under former head coach Sergio Lobero and new coach Fernando has made it clear that he would carry on with same style . Two of their feared strikers in Corrominas and Boumous have left them . They have roped in Spanish striker Igur Angulo and management would hope that he delivers the goods for them.


Fernando has local options in Devendra Mugraonkar, Makan Chothe, Aaren D Silva, Ishan Pandita to partner Angulo as second striker. They have good options in midfield with Lenny as defensive and Brandon on attacking front. Edu Bedia and Noguera would be key in link up play between midfield and striker. Bengaluru FC who have a consistent run in three seasons they have been at ISL .

They have won the title once. They would also like to make a winning start and onus would be on talismanic striker Sunil Chhetri to get them three points. Chhetri can turn the game single handedly and would get support from Cleiton Silva and Kristen Ospeth. Their midfield and defence is settled with experience in form of Juan and Partalu. They have strong Indian contingent with Rahul Bheke, Udanta, Ashique , and their goalkeeper Gurpreet Sandhu who has kept 11 clean sheets in last season of ISL.

It’s going to be a thrilling Sunday with goals galore keeping in mind their style of play.