After cricket and Football, another game that takes the league is Kabbadi. This game is widely played in India by both men and women. To play this game one should have strength, courage, power and use the right tactics to beat the opponents and win the game. This game has originated in Tamilnadu and is very popular in rural areas. The amusement bug of this game has bit UK people. The popularity of this game is growing at a faster pace. 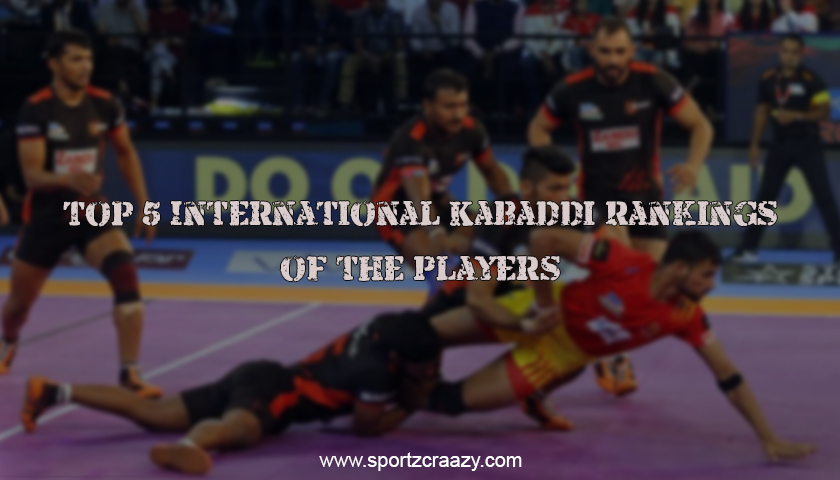 This game is played internationally by countries including Bangladesh, Japan, India, Canada, Thailand, Iran, and Dubai. Many more countries are showing interest to take part in the upcoming Kabaddi World Cup league that is going to be held in Dubai in the year 2019. India is the only team which has lifted the World Cup three times, i.e. in the year 2004, 2007 and 2016.

This game is played between two groups where each group has seven players. Two teams would share half pitch each. A Raider from the attacking team would be sent to the defending team to win points by tapping the members in the opponent team and then come back to their court. The Raider should not stop uttering Kabaddi until he comes back to their court after tapping the opponent team members, i.e., in the whole raid. The Raider would get points based on the number of opponents he/she touches.

In case, if the opposite team would catch hold of the attacking team, then the defending team would gain a point. Finally, the team which earns more points would be the winner of the league. This game is played on the judo mats to ensure that no player is hurt during this sport. The only way to win this game is to attack and to keep the scoreboard ticking; the teams should touch and gain bonus points. They should play like prowling tigers.

Here are the International Kabaddi Rankings of the players who have become ardent fans of many Kabaddi lovers across the globe.

International Kabaddi Rankings of the Players 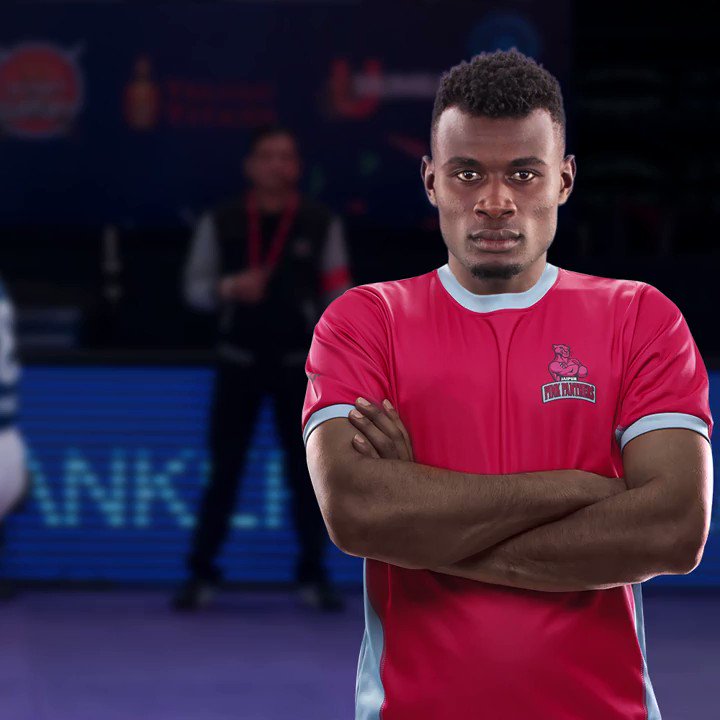 This highly skilled and talented player hails from Kenya and plays from the same country. He is considered to be the most dangerous man for the rivalry teams. This person plays an integral role in the team while playing all international and national tournaments. In the International Pro Kabaddi league, this person has gained 21 points over Poland. The only way that is embraced by the opposite team to win the game is to keep David off the mat. In one of the matches with Thailand, this player has spent around 20 minutes off the mat as a result, he was not able to deliver points in the match for his team. However, in the match that was played with the USA, he gained ample points and gave a tough competition to the opponent team. He has faced a lot of adversities prior to joining the team. He worked as a security guard and had left the job after gaining huge popularity with the public. 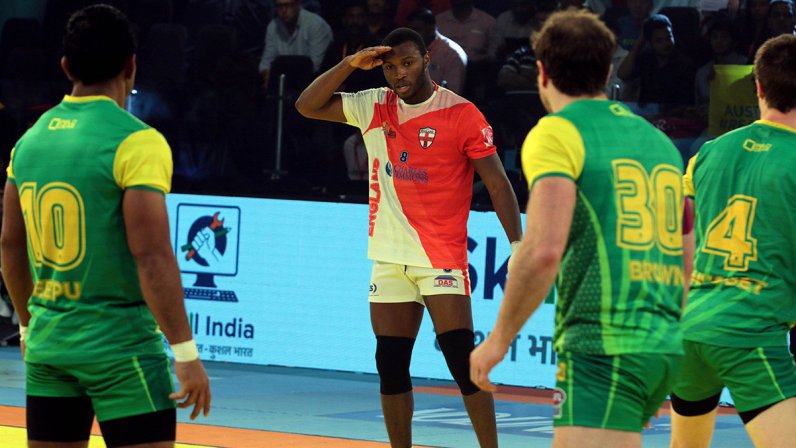 One word to describe this wonderful player is an attacking all-rounder. This person plays for England and is known as the powerhouse of their Kabbadi team. He is one among a few non-Indian Kabbadi players who made 51 points in the World Cup match in just 5 encounters. He makes quick feet movements which confuse the opponents and gives him the best opportunity to score big. He has given many exceptional performances while playing against England, Argentina, and Australian teams. It is a real delight for the audience to watch him on field outing all the opponents with his tactics. 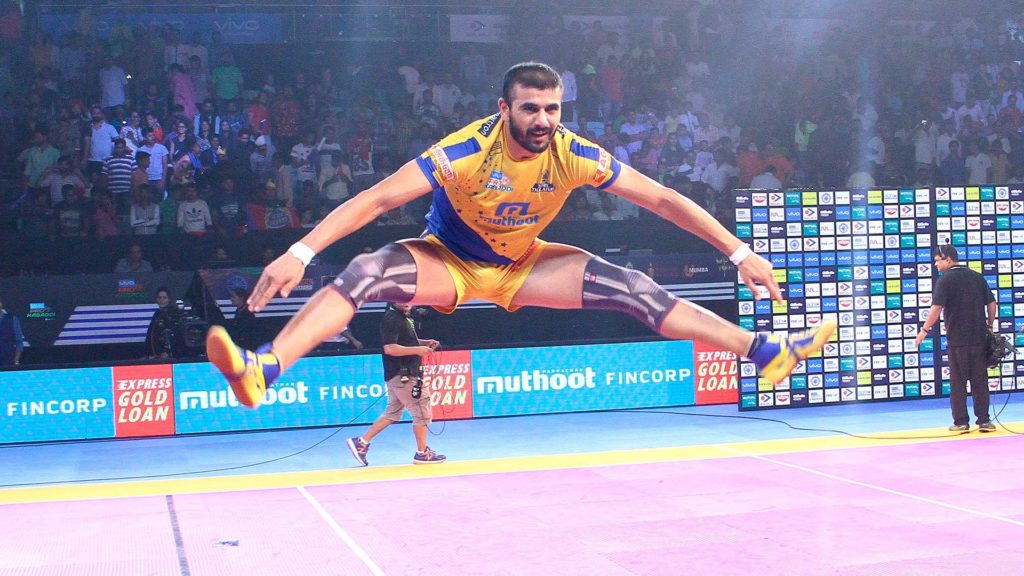 Ajay Thakur is an Indian Kabaddi Player who attained a huge fan base internationally by taking part in many international Kabaddi tournaments and winning many medals. He is one of the bold players who is wearing the blue India jersey. He is the first person to be Raider while going to defend the rivalry teams of champions in those teams. He has improved his performance in every match. He has been in the Super 10 position on the leaderboard for three consecutive times by making 6.8 victorious raids in every clash. He played a crucial role in the Indian Kabaddi team to win Titles. His signature frog jump is quite famous and is loved by many Kabaddi lovers.

He is one of the key players in the Thai team and is also the captain of the Thai team in the Kabaddi World Cup match. He made around 53 raids in a group stage, which have made his team for qualifying to semi-finals and fight with India. The interest in this game has developed for this player by watching TV. In fact, he learned many tactics by watching the gameplay of Kabaddi players. The strike rate of this player speaks a lot about his skills, power, and strength. This person has led his team and contributed a lot to the progress of his team. He is one of the top international Kabaddi players with the best innings that were made by him while playing with Kenya and the USA and gaining 14 points in every encounter. The match for which he gained a huge fan base and accolades is with Japan. 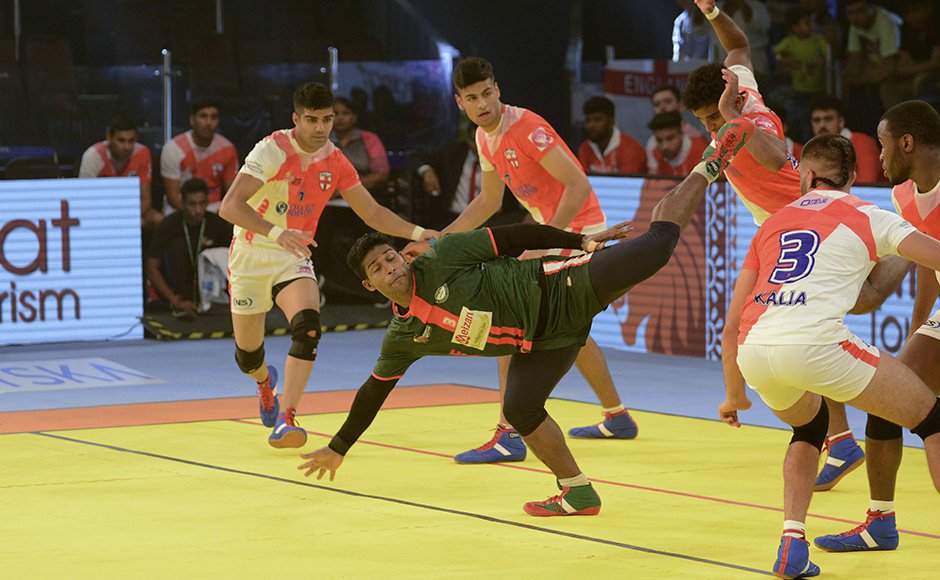 This Bangladesh player has etched his name as one of the world’s best kabaddi players. Though the Bangladesh team could not make a huge impact, the captain of this team, Munshi has made 52 raid points in the World Cup and garnered the eyes of the world. He has started playing Kabaddi since 2008. He is an aggressive player who has earned many points for this team by making confusing feet movements to opponents. He has shown his power in the match that was with Australia gaining 17 points. The strike rate of this amazing player is 9.2. He is known as the best Raider in the team.

The above are the top five International Kabaddi Rankings of the players who have gained a huge fan base and reputation after playing in the 2016 Kabaddi World Cup match held in India.