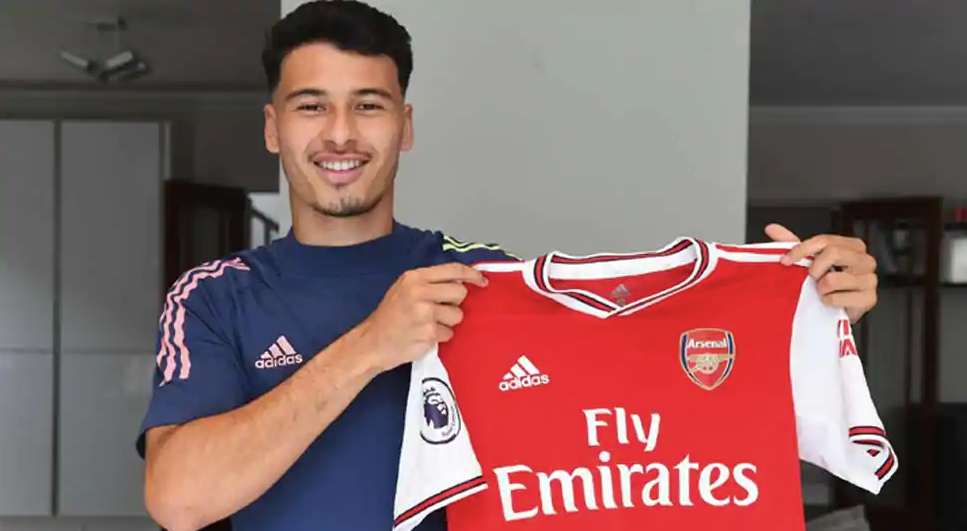 Arsenal team forward Gabriel Martinelli has signed a new long-term contract with the Premier League club to continue his association with the same team he joined exactly a year ago.

The announcement of him signing the contract comes within the 48 hours after the side roped in midfielder Bukayo Saka for an extended four-year contract.


The contract extension came, following the 19-year-old Martinelli’s exceptional current season for Arsenal, in which he has scored 10 goals in 26 matches so far. Martinelli also had a brilliant debut in the English league and since then he has caught the sight of the Arsenal boss Mikel Arteta with his gameplay and skills.

Mikel Arteta insisted on extending a four-year deal with the young lad:  “I am very happy that Gabi has signed a new contract with us. He is a very talented young player and he has impressed us with his performances, attitude and work-rate. We are looking forward to getting him back to full fitness and watching his development at our club.” he was quoted on the Arsenal official website.

Gabriel is currently sitting out due to a knee injury and yet he wasted no time in settling his future by signing the deal with the Gunners.

Arsenal has managed to retain its two most important players in Bukayo and Martinelli by signing them for an extended contract. Both these youngsters are the poster boys for Mikel Arteta’s team and played a crucial role in winning matches for the side.

Arsenal is currently sitting 8th in the latest Premier League standings with 46 points. They defeated Norwich City by 4-0 in their last game.