Auckland Aces has started season with a win against Wellington. Fifer from Lister inspired Auckland to wrap Wellington below 200 and then middle and lower order batsmen stabilised the innings after initial damage to carry the team comfortably over the line.

Team would be hoping some crucial contribution from experienced Martin Guptill and Colin Munro who got out cheaply in the first match. On the contrary, Central Districts Stags had to content with a draw due to rain. Tons from George Worker and Ben Smith will boost confidence in Stags batting unit for their next matches.

The fourth match of Ford Trophy between Auckland Aces and Central Districts Stags is scheduled to take place on 21st November at Eden Park Outer Oval, Auckland. The match will commence from 3:30 AM (IST) onwards. Live Streaming not available in India. Scoreboard details will be available on Official Websites.

Martin Guptill is one of the key player for Auckland. The 33-year-old has enough experience and capability to snatch victory from the jaws of defeat. Although the Kiwi veteran got out cheaply in the inaugural match, Auckland will expect a match winning knock from their stalwart.

Ben Lister has been in sublime form in recent times. The young lad has scalped a total of 13 wickets in his last five appearances. The 23-year-old produced one of his finest spell in the last match which inspired Auckland to comfortably cross the line.

George Worker has become a run machine in recent times. He likes to go big and the last match was the proof of it. Worker smashed 135 runs in mere 124 balls with the help of 17 boundaries. This was his second ton in last five innings.

Ben Smith, yet another star for Central Districts too smashed ton in last match. He has now three fifties to his game in last five outings. 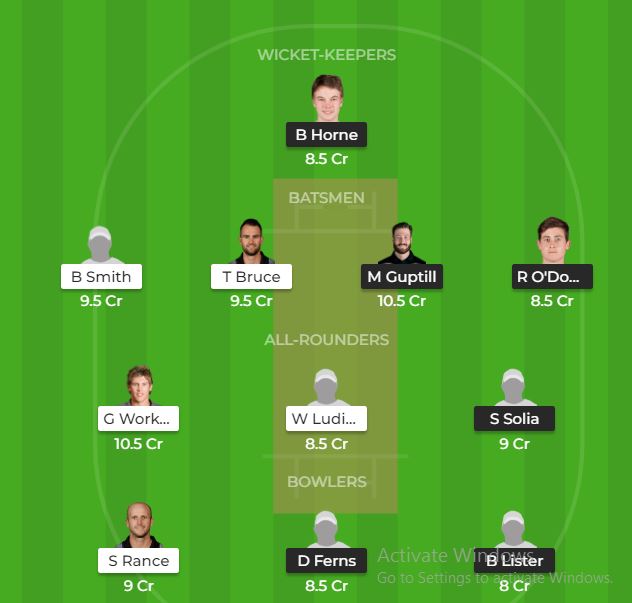