The match is scheduled to start at 12:30 AM IST, on 1 October 2019. The match will be played at Old Trafford, home of Manchester United.

Premier League is telecasted in India on Star Sports Select Network. Live scores will be available on Hotstar.

Pierre Emerick Aubameyang – the attacking midfielder has given a weight to the arsenal attack. The 30 year old has already scored 6 goals this season and is looking in good touch to break into opposition’s defenses.

Dani Ceballos – the Spanish midfielder has a good sense of passing and contributes well in defense as well. He has made 2 assists to his name this season so far.

Daniel James – the 21 year old attacking midfielder makes through balls and key passes in the attacking areas of the field. He is a good dribbler of the ball and has scored 3 goals so far.

Paul Pogba – the French midfielder is one of the top players in the world. He has ability to take shots from distance, make through balls and finish as well. He has made 2 assists in 4 games this season. 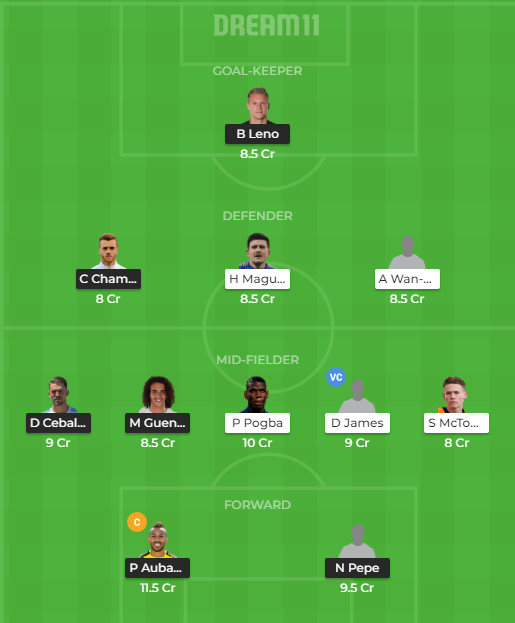