As per the recent announcement by EA, the Apex Legends Mobile version launched in India today. The battle royale game is finally ready to be unleashed for smartphone gamers on Android and iOS from today. 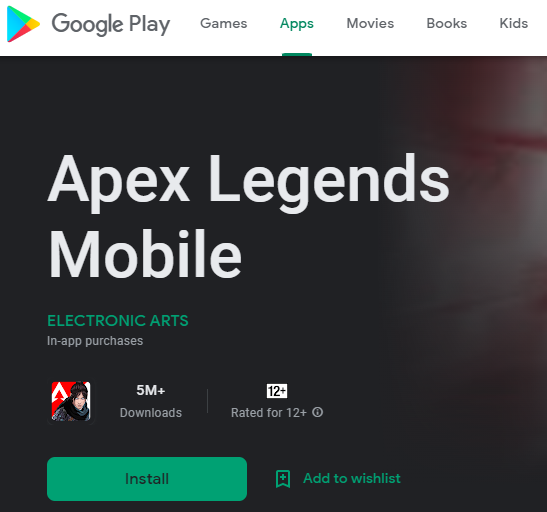 Some statistics around the game globally:

In regards to their announcement, please find below the quotes of our clients, we request you to add this to your story if you are planning any around it.

The launch of the mobile version of the free-to-play battle royale-hero shooter game Apex Legends is going to be a game-changer for the esports title in our country. The battle royale genre games have a huge player base in India and the title gets a major boost with more than 300 million mobile gamers in India.

The first reactions from both professionals and casual gamers will be critical as this will reflect on the overall acceptance of Apex Legends mobile in India. Also, publishers need to look at the Indian market seriously by hosting major tournaments for our esports athletes.

Apex Legends Mobile launch is a very significant step towards tapping the Indian gaming ecosystem as mobile titles are big in India as they facilitate easier connectivity and accessibility for users and leverage the power of the mobile-first ecosystem of the country.

With more than 100 million players already playing this battle royale game globally, the publisher needs to aggressively tap the Indian esports industry by hosting multiple tournaments and get it accessible easily for the third-party tournament organizers which will fuel the game’s popularity in the region.

The battle royale genre is among the favorites in the Indian esports circuit and as per the latest Newzoo report, India is among the emerging market which dominates mobile esports titles.

With the launch of Apex Legend Mobile Version, it’s clear that companies that initially made AAA titles for PC/Console are now seeing the need to adapt to the rapidly growing mobile gaming market.

It’ll also help bridge a critical gap, where mobile players would want to try out the PC version for a more immersive experience after playing the mobile version, and vice versa. Lastly, if this game becomes cross-platform play, it’ll be a game-changer.