It was a bizaare incident that took place in the recently concluded 2nd T20 International match between New Zealand and Bangladesh.

The incident propelled due to visitors came out to bat to chase the target against Kiwis but the strange part was that the target was not finalized at that point of time. This confusion took place when New Zealand score 173 runs at the loss of five wickets in 17.5 overs and due to rain the play was halted.  After the rain stopped Bangladesh was supposed to get a DLS target which they didn’t received when they came out to bat. 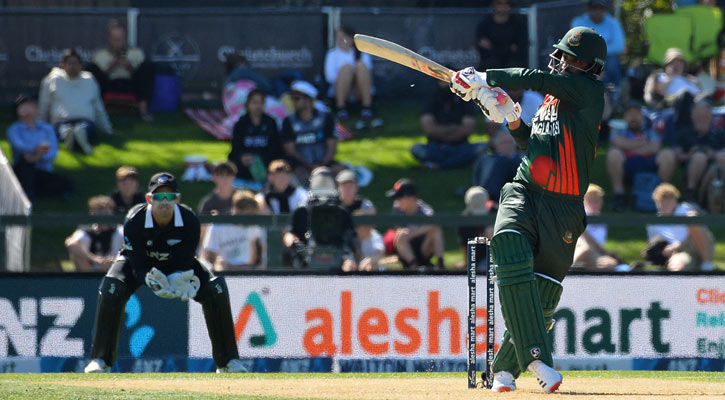 And for the first 1.3 overs, the Bangladeshi Tigers did not know where they were heading. The umpires then stopped play, and the numbers were worked out. It was finally decided that Bangladesh would be chasing a target of 170 for victory in 16 overs.

But then officials once again decided to revise the target and after 14.1 overs the new target that the visitors needed to win became 171. It was total chaos and at the end Black Caps emerged as the winner by 26 runs with Glenn Phillips awarded as the man of the match for his 31 ball unbeaten 58 runs knock lower down the order. For the visitors, it was Soumya Sarkar who lent some respectability to the total and smashed a whirlwind 27-ball 51.

The Kiwis has already won three match T20 International series by 2-0 with the final match of the series will be played in Auckland on April 1st 2021.