Despite being the second largest country in the world in terms of population, and the sixth largest economy across the globe, the sight of the Indian flag flying high in sports at the International stage is rare, except in cricket. India is unarguably one of the most under achieving sports nations. In the last 3 decades, cricket has taken over as the most popular game across the nation, although sports like Tennis, Badminton, Kabaddi and Wrestling have also grown over the years, but still India ignores the most popular game on the planet- Football.

India is currently ranked 103 in the latest FIFA rankings and not many fans were expecting India to do really well at the joint FIFA World Cup 2022 and AFC Asian Cup 2023 qualifiers. After India’s loss to Oman, the nation was written off by the fans and spectators. But the Indian team had other ideas, and they showed just what character, grit and belief can do.

India headed into the game against Qatar as the overwhelming underdogs, but managed to keep the Asian Champions at bay, earning a priced draw. India held the Asian champions Qatar in a goal-less draw, again mushrooming the expectations and with 3 matches to go, India now look like a side that could go on to achieve big: 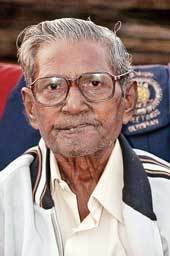 There was a time when India were the Asian Kings and was the only Asian country to have participated in the 1948 Summer Olympics. India also hosted the first ever Asian games and were the favorites to win the gold. They were unstoppable throughout the tournament and easily smashed Indonesia and Afghanistan in the quarters and semifinals respectively, booking the final berth with Iran.

India started off like champions and played aggressively, but Iran had worked out a strong plan to thwart any Indian threat coming their way, and stopped India from scoring a goal. However, in the 34th minute of the match, Sahu Mewalal rose to the occasion and scored the winning goal of the match and India confirmed the gold at the maiden Asian games. Sahu Mewalal was named the “Man of the Tournament” for scoring 7 goals in the tournament. 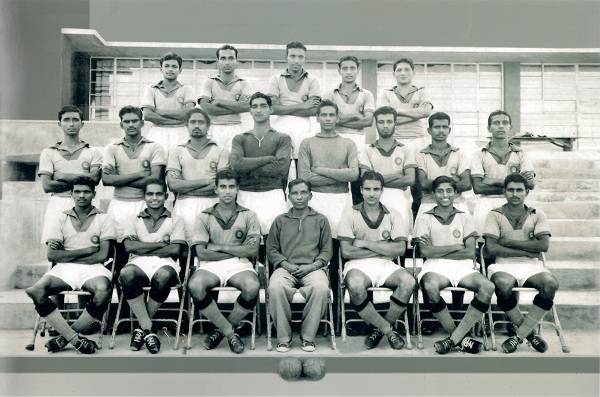 The 1960 Olympics held in Rome holds a remarkable stature in the history of Indian football. During the quadrennial event India was placed in the toughest group with Hungary, France and Peru. Hungarians were favorite to win the game started off as dominant force scoring 2 goals before the hour mark, but India made a solid comeback after Tulsidas Balram scored the goal for India ensuring that Hungary has fight for the win till the end.

India played their next match against France, who has been already the established team and was top runner to win gold at the Olympics. 2 years back France had already finished third at the World Cup and this time around the team looked determined to clinch the gold.

When the game started it was other way around India’s PK Banerjee scored the first goal of the match in the 71st minute of the match. The wounded France fought back and Gerard Coincon in the 82nd minute of the match levelled the score, but despite all efforts by India the match ended in a draw. India was widely praised by European media for the exceptional performance throughout the tournament. 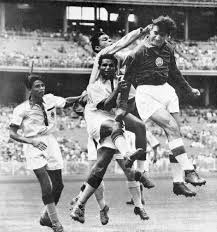 After the heroics at the Rome Olympics 1960, India were again the top favorites to win the 1962 Asian games. India was put in the difficult group with South Korea, Japan and Thailand. Although, India lost the opening match against South Korea with 2-0 score line.

Things looked gloomy for India, but India played like champions in the upcoming matches and beat Japan and Thailand to reach the semi-finals of the tournament. Continuing the dream form, they beat they beat South Vietnam 3-2 in the semifinals and secured the final berth with South Korea. 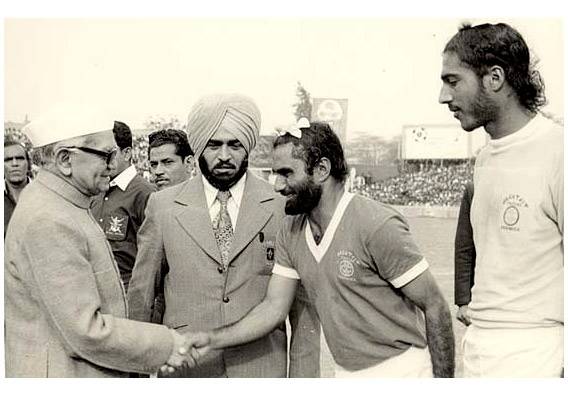 India were the strong contender to win the 1964 Asian Cup with only 4 teams (Israel, South Korea and Hong Kong and India) participating in the event. India played the opening match against the defending champions and thrashed them with 2-0 score line.

Appalaraju and Inder Singh were the star of the match. However India lost the next match against Israel with 2-0 score line. Israel was a juggernaut force to reckon throughout the tournament and defeated all the teams to lift the Asian Cup, however this was India’s best performance till date. 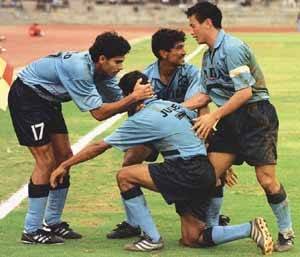 The year was 2002 and India was all charged to qualify for the World Cup. India was placed with UAE, Brunei and Yemen in the group. India played their best match against UAE, which was one of the best teams in Asia on that stage and everyone expected UAE to win easily.

But India looked hungry to prove their mettle In front of a 40,000 plus crowd. Although, UAE started off well, but India shocked the entire stadium, when they scored the first and only goal of the match and won the qualifier match.

Although, India couldn’t qualify for the World Cup, but it was one of the finest matches in the modern times. 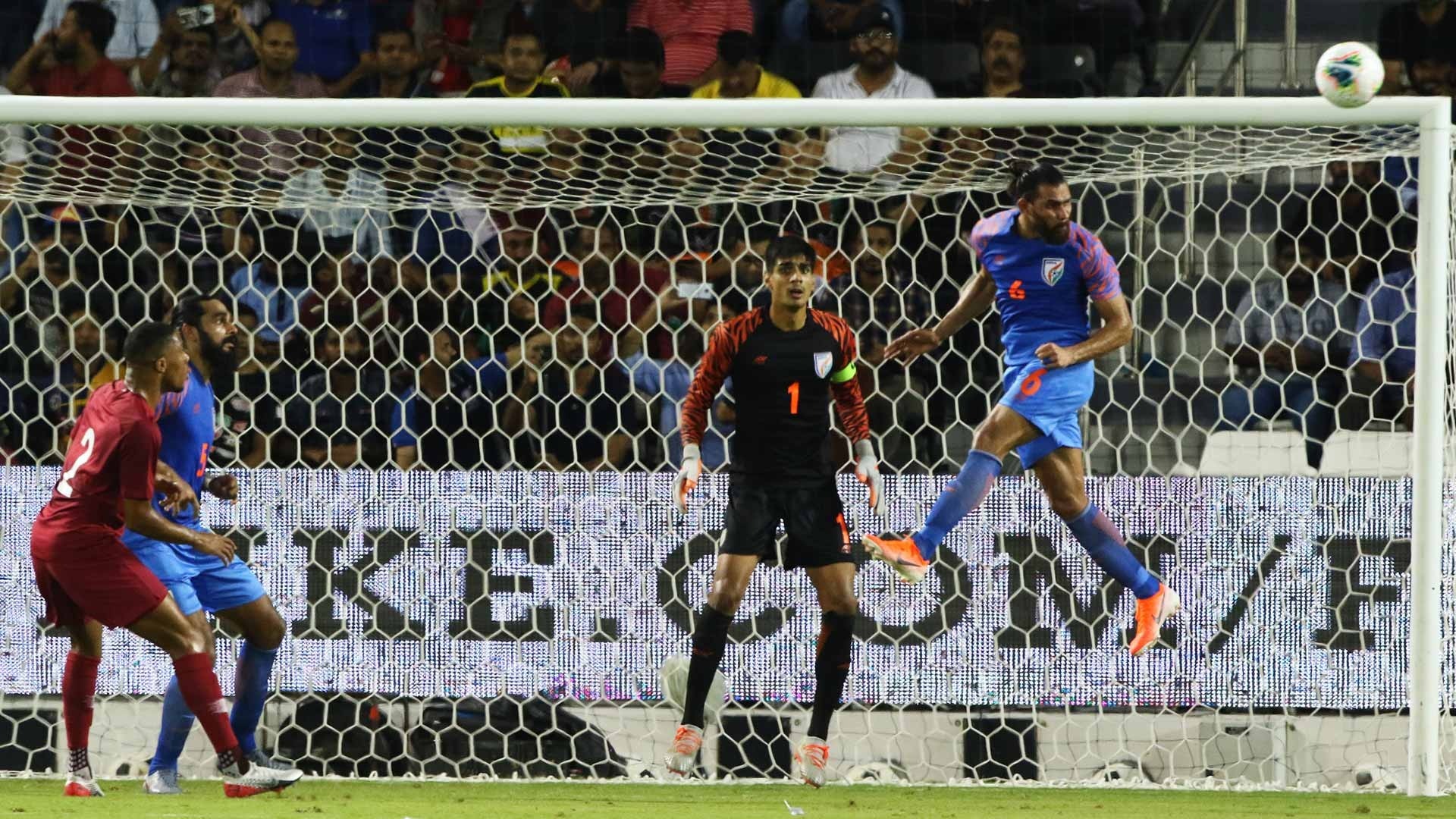 India, in the absence of Sunil Chettri were not given a chance against Asian giants Qatar, having lost the last game against Oman. Qatar, on the other hand, were on cloud nine after they scored 6 goals against Afghanistan in the last match. Last time Qatar focused on targeting the opponent area and bombarded the goal keeper, the strategy earned them lucrative results.

They followed the same strategy against India and looked dominant on the ground. Qatar had 12 corners in the first 12 minutes and 9 before the first half, however, India seemed up for the challenge. India on the other hand, focused on defense solidity and despite a lot of close shaves, no Qatar player was able to beat Gurpreet under the Indian goal post. The tall and lanky goalkeeper made 11 saves in the match. India fought well to not concede a goal, and earn a big one point. India were ecstatic and the fans rejoiced as they sensed a hope now.

A year back, in October 2018, India played out a draw against China, which was among the top results for the Indian sides in recent times.