Yashaswini Singh Deswal is an Indian Professional shooter who qualified for the 2020 Tokyo Olympics. She won a gold medal in the 10 meter air pistol event at the 2019 ISSF World Cup in Rio de Janeiro.

Yashaswini Singh Deswal Early Life
Yashaswini was born on March 30, 1997 in New Delhi, India. But the family moved to Chandigarh where her mother worked as a  Chief Commissioner in Income Tax Department. Her father IPS S.S Deswal is a DG, Indo Tibetan Border Police lived in Delhi due to his work. Yashaswini completed her schooling from Panchkula, Chandigarh. She pursued Economics Honors from the DAV College, Chandigarh. 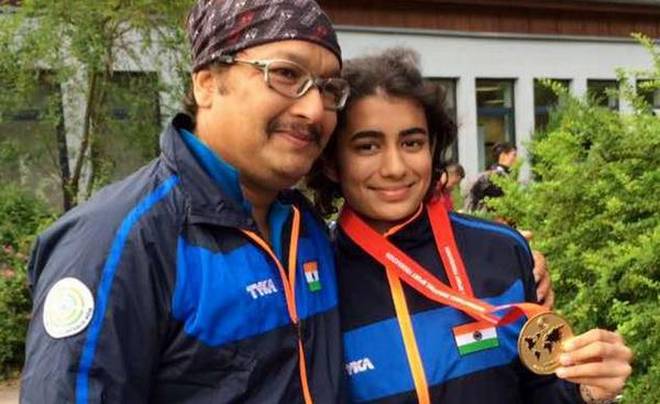 Yashaswini is a single child of her parents. Yashaswini was a very sincere girl since her childhood. She was always good in academics and after completing her schooling she went on to take admission in DAV college in Chandigarh. She completed her Economics honors from that college. Her current residence is in Pachkula, Haryana. Yashaswini’s family has been very supportive of her that led her to follow her passion in shooting. She has made her parents very proud on various occasions by winning medals in shooting events. The latest being her Gold medal in ISSF World Cup held in Rio de Janeiro.

Coach– Tejinder Singh Dhillon; Jaspal Rana
Yashaswini started finding interest in shooting from 2010 after getting inspired from the Commonwealth games. At that time she made a resolution to herself that one day she would win a medal for her country.  Yashaswini started practicing shooting in the 2012 and won her first gold medal in School Nationals in Pune in 2012. In 2014, Yashaswini qualified for the Summer Youth Olympics in Nanjing, China where she finished sixth in the final of the 10 metre air pistol event. 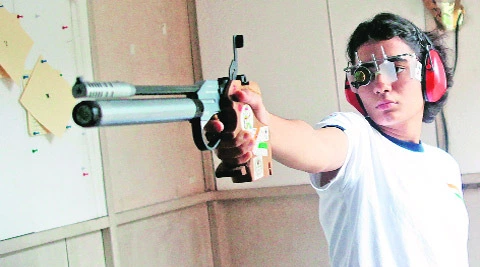 The youngster had also won the gold medal in the South Asian Games in Guwahati in 2016. Her latest achievement being her qualification in the Tokyo Summer Olympics that will be held in 2020. She did it so by winning a Gold medal at the 2019 ISSF World Cup in Rio de Janeiro. 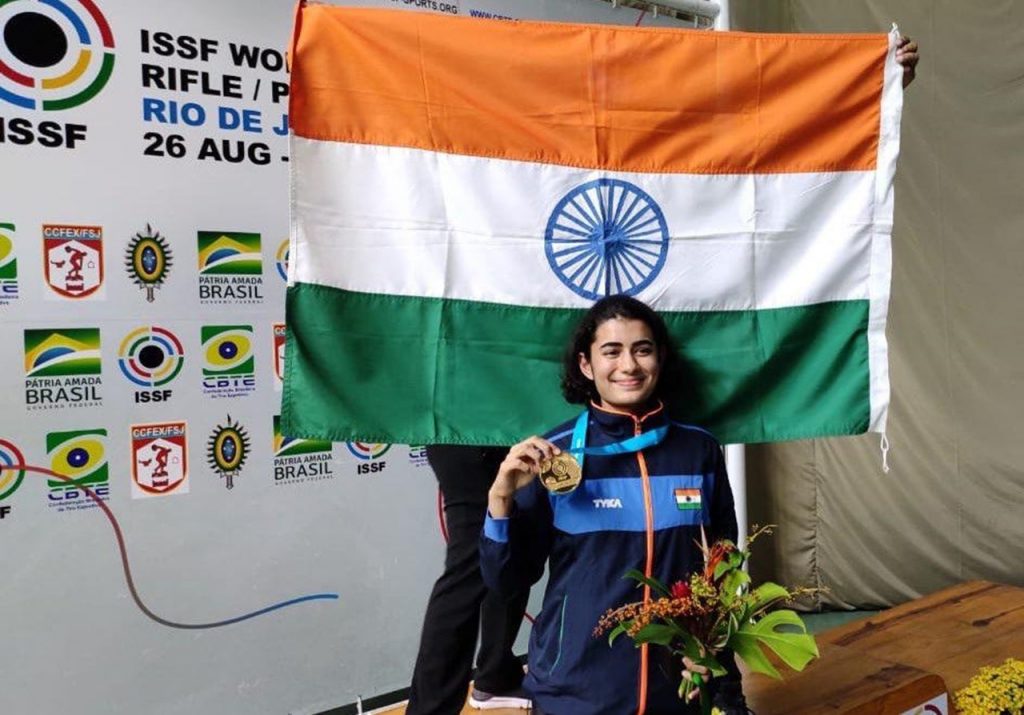 Social Media Profiles
Yashaswini is not a present on any of the social media platform. She firmly believes that its a distraction for her and probably not being active on any social media has paid off to her lately as has booked a berth for the next year’s Tokyo Olympics.
Instagram: Not Active
Twitter: Not Active
Facebook: Not Active