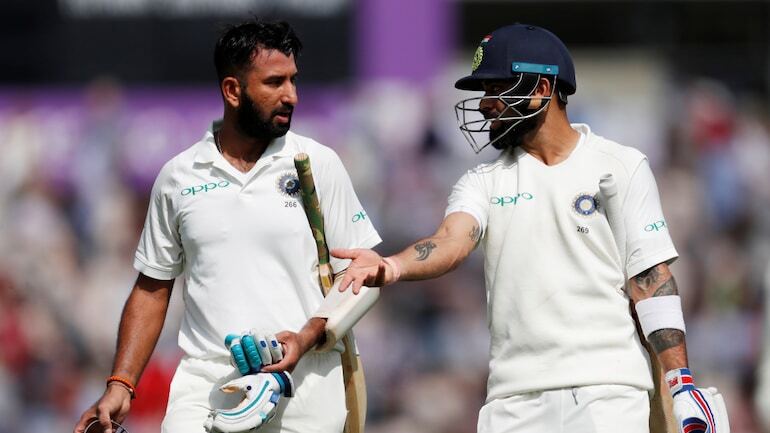 Virat Kohli wrote on his official Twitter Handle “Happy birthday pujji @cheteshwar1. Wish you good health, happiness and more hours at the crease. Have a great year ahead,”


It was followed by BCCI tweet where the board wish Pujara on his special day “He takes body blows. Grinds it out in the middle. Braves it all & stands tall,” tweeted the BCCI along with Pujara’s Test batting stats.

Former Indian pacer RP Singh saluted Pujara on his birthday wish adding that Pujara played an instrumental role in sealing victory for mighty Australia back to back in their backyard.

“The only ‘common factor’ in back to back series win in Australia #HappyBirthdayPujara you have proved to the new generation that not only quality of runs but spending quality time at crease is as important. Have a great year ahead” RP Singh Tweeted.

Other cricketers and fans too came in large numbers to extend their birthday greetings for Pujara.

“Happy birthday @cheteshwar1! They don’t make them like you anymore. #HappyBirthdayPujara” Wrote Wasim Jaffer on his official Twitter handle.

Fans also expressed their wishes on social media on Pujara’s special day where one of the fans shared a video of Pujara in 2018 Australian series where he was seen dancing after India clinched the series for the first time on the Australian soil under the leadership of Kohli.

India will be next playing against England at Chennai for two test matches followed by two more red ball matches in Ahmadabad.