In this column, let us talk about the greatest all-time pairs in the history of ODI cricket.  Let’s start in the reverse order. 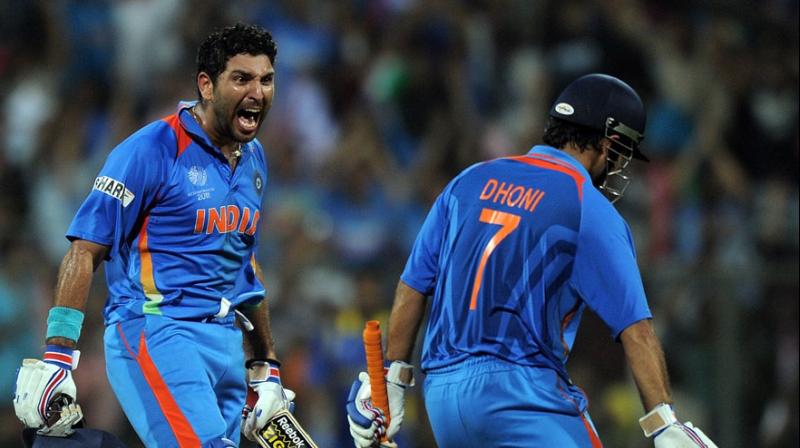 Many will go with legendary pairs than them, but we include this pair in our TOP 5 list of ODI batting pairs by raising a few eye brows. Yes, demolishing the opposition with a greater cooperation among each other is the key, but this pair had the great sense of understanding of each other’s game. When these two was at their prime, chasing 250 + is an uphill task. Team will be 3 or 4 down when these two start their partnership. With Dhoni’s maturity and Yuvi’ fearlessness, they made anything possible. Yuvraj Singh used to take away from the opposition and get out, until then MS Dhoni would have been taking singles and giving Yuvi the strike.

But it is a different game once yuvi gets out, the finishing business always goes to the side of the captain cool, he smashes the remaining runs with stadium shattering sixes with the lips of commentator says Banggg!!!! They both knew how to take the game in the manner of inserting slow poison too; there were matches where they hardly dealt with boundaries. If someone is struggling a bit, they share it with each other and rotate the strike accordingly. You may not see them as best going by the average between them, but you can judge them by the fear and pressure on the face of the opposition when these two are on the crease. 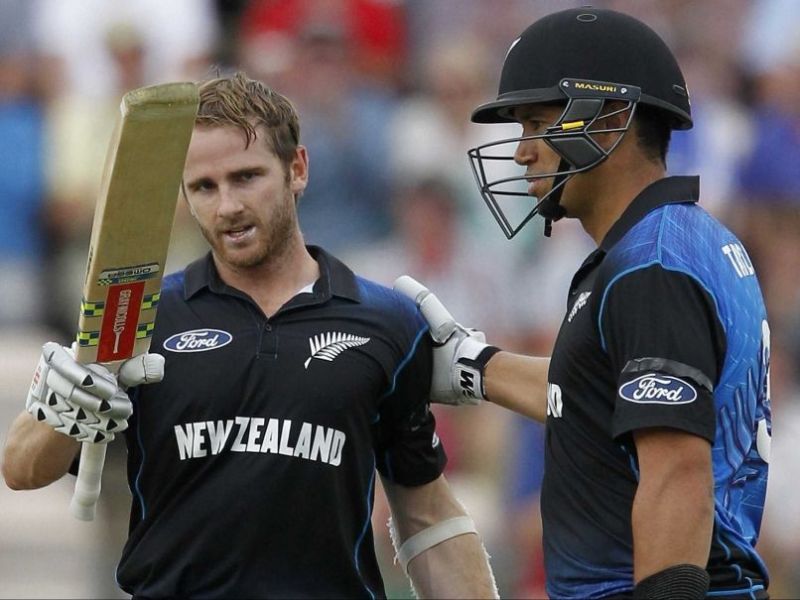 One of the fantastic batting pairs the New Zealand and world cricket has seen. This left hand – right hand combination was a treat for the eyes to watch. Nathan Astle sends the ball to the fence like a bullet and the pace of the innings was also called as bullet in his times. He scores at such a high rate to provide New Zealand superb starts. Fleming, the New Zealand captain for the greatest number of matches, scores at a faster rate too but in a classical manner. He had a habit of biting his teeth and punishing every bad delivery to the boundary ropes. 90’s kids? Feeling nostalgic? Obviously, it would be, this pair dominated for a long time before Nathan Astle called it a day few months prior to the 2007 cricket world cup held in West Indies. 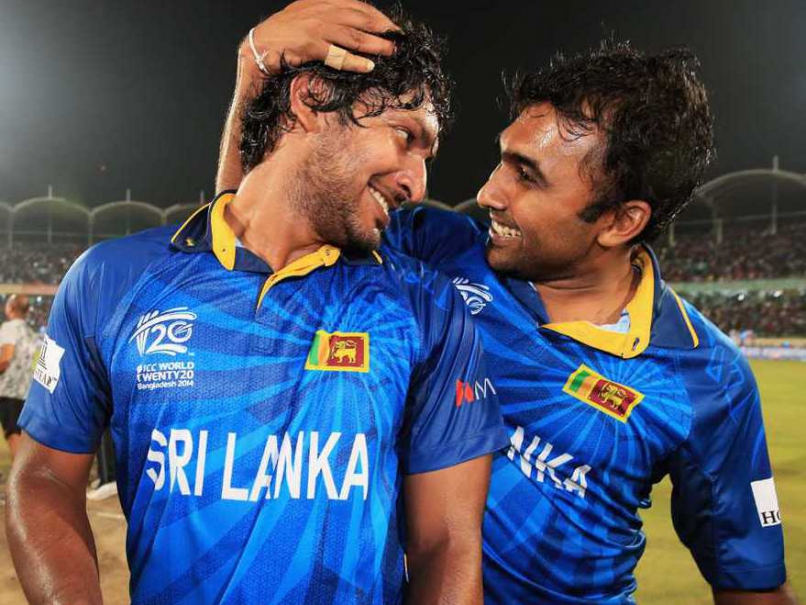 These gentlemen might have sledged on field few times, but they never failed to appreciate the good play and achievements of the opposition. They were unlucky for would have missed out in winning a 50 over World cup despite being in final for two consecutive times in 2007 and 2011, but the legacy created by them as a pair will remain in the heart of cricket fans forever. 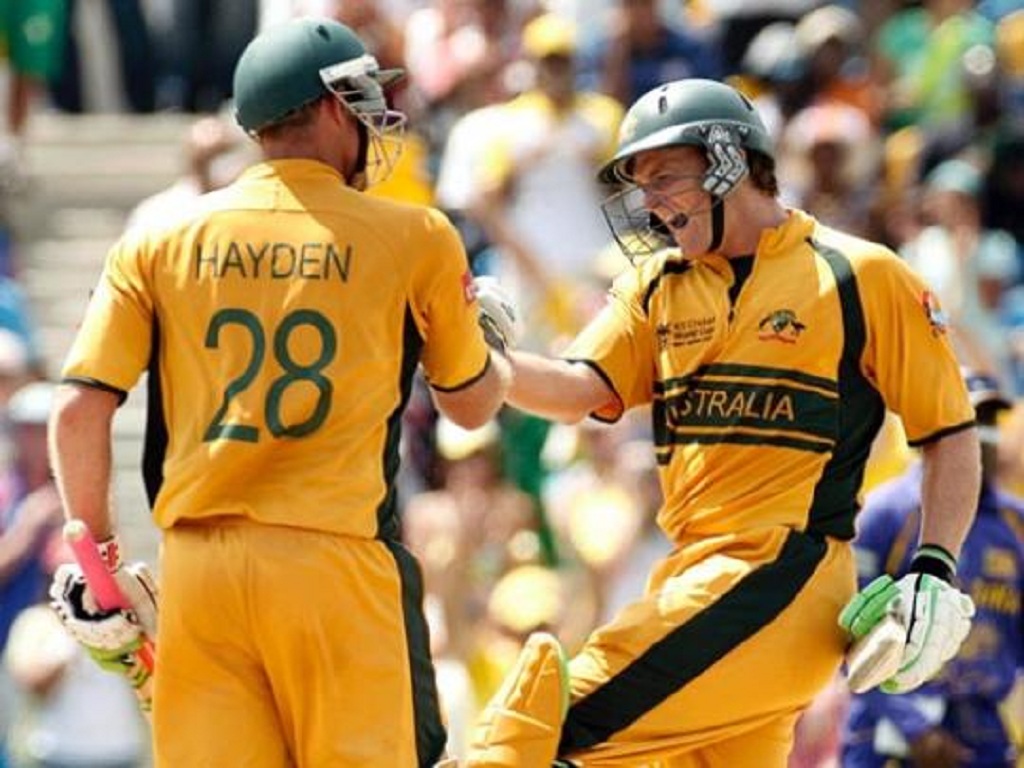 If it was Clive Lloyd’s West Indies for the 60’s generation, it is Ricky Ponting’s Australia for 90’s generation. The team contained almost every element for dominating the world for almost two decades. They won 4 of the last 5 world cups, including a hat trick of world cup victories. Two of them came under the captaincy of Ricky Ponting. In that there was one all time terrific batting pair which a vital part in the success of Australian history was. It is Adam Gilchrist and Matthew Hayden, the two aggressive left handers who can take the game away from the opposition in the very first ten overs.

Both are aggressive, but the game style is different. Gilchrist holds the handle of his bat at the top to get his grip right and smashes the bowlers all round the park especially the fast bowlers. Mathew Hayden has a little mix of traditional and classical shots along with his aggressive shots. He switches his style according to the Gilchrist supports him. Such is the understanding the both shared on and off the pitch. The ability to plan the game with a great accuracy makes them the ever pair in this history of cricket. Wondering why did not they grab the top spot? You will know the reason in the next heading. 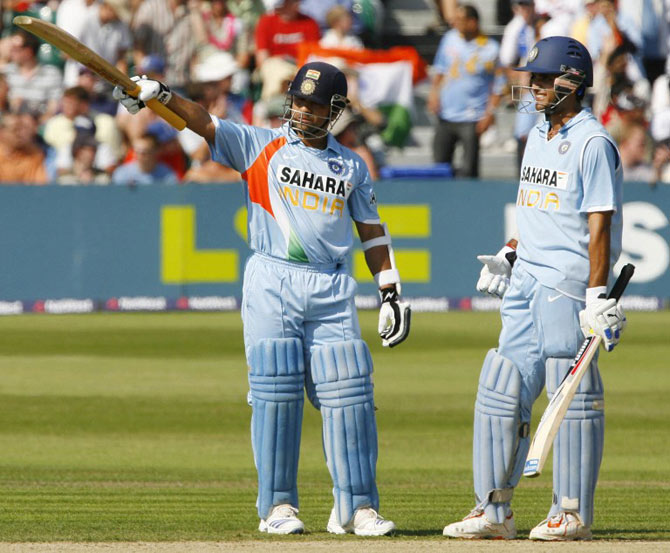 Sachin Tendulkar the ‘God of Cricket and Ganguly the “DADA” of Indian cricket, the two players Indian fans go crazy for in their times.  Say Sachin’s straight drive and towering sixes of Dada to any sad person in India, you will see their sadness vanish. Such is the impact these two have created in the hearts of their fans. They both open the innings and smashes the bowlers in a classical way were Dada gets aggressive once they game is in mid stage. Now, let me explain the reason why Adam Gilchrist and Mathew Hayden were not given the top spot.

When it comes to ODI cricket, those two had a great back up in their batting line up – if they both get out in the first over, still their batsman will help them get high totals like 300-350. But, Sachin and Ganguly were not having a back up as good as them; they handled more responsibility and pressure. This quality made them to qualify for the top spot. The reason this column had a head of special mention is Desmond Haynes and Gordon Greenidge. These two West Indians was the most feared opening pairs in their times and they deserve the place in the top-2, so it is always fair to give them a spot in our special mention column.

There are great pairs in bowling unit too, picking up wickets and threatening batsman with gigantic bouncers and terrific cutters makes the spell difficult for the batsman, this week two pairs of bowlers have got place in our creative coach table: