Thaddeus Michael Bullard Sr., popularly known by his ring name Titus O Neil, is an American professional wrestler, currently working for World Wrestling Entertainment on the Raw brand. Titus O Neil was born on April 29, 1977, having a great interest in sports since childhood. Before becoming a full-time wrestler, Titus O Neil played football for the University of Florida and later played in the Arena Football League from 2003 to 2007 with the Utah Blaze, Tampa Bay Storm, Las Vegas Gladiators, and Carolina Cobras.

Bullard started his professional wrestling career in 2009 when he signed a development contract with World Wrestling Entertainment, ans was assigned to  Florida Championship Wrestling where he teamed up with Damien Sandow to win  the FCW Florida Tag Team Championship against Xavier Woods and Mason Ryan.


With a ring name Titus O Neil, he joined WWE developmental territory NXT from 2010 to 2012. After NXT, he made a WWE main roster debut on Smack Down with Darren Young to form the tag team named as Prime Time Players and later with Apollo Crews as TItus Worldwide.  Titius O Neil is a one-time WWE Tag Team Champion with Darren Young, one-time WWE 24/7 Champion (inaugural) and FCW Florida Tag Team Champion with Sandow.

Thaddeus Michael Bullard Sr was born on April 29, 1977 in  Boynton Beach, Florida. His early going was taken place at  Live Oak, Florida, where he persuaded his academics from  Suwannee High School. 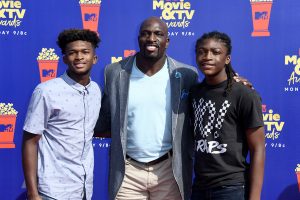 Thaddeus Bullard started his professional wrestling career by signing a developmental deal with World Wrestling Entertainment in 2009, where he was assigned for training to their developmental territory, Florida Championship Wrestling. He made his television debut in 2010 as Titus O’Neil in a tag team match with Skip Sheffield, losing to the team of Vance Archer and Alex Riley. He joined WWE developmental territory NXT from 2010 to 2012.

In 2012, O’Neil, along with Darren Young, had been moved to the WWE main roster Smackdown. The team made their debut with a victory over The Usos.  Heath Slater formed a tag team with O’Neil, later known as Slater Gator. Despite wins over the likes of Sin Cara & Zack Ryder and Goldust & Stardust, they suffered losses to the likes of Hornswoggle & El Torito and Big E & Kofi Kingston. 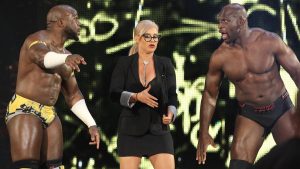 At WrestleMania 35, O’Neil competed in the André the Giant Memorial Battle Royal, which he failed to win. He became the inaugural holder of the 24/7 Championship. 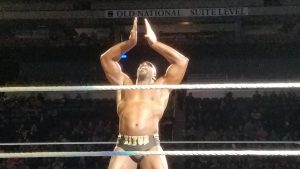 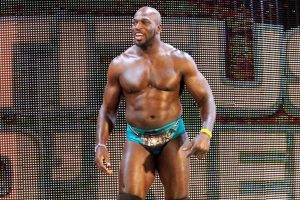 In 2016, Titus O Neil was reportedly suspended for 90 days after he confronted Vince McMahon during RAW on Monday night.