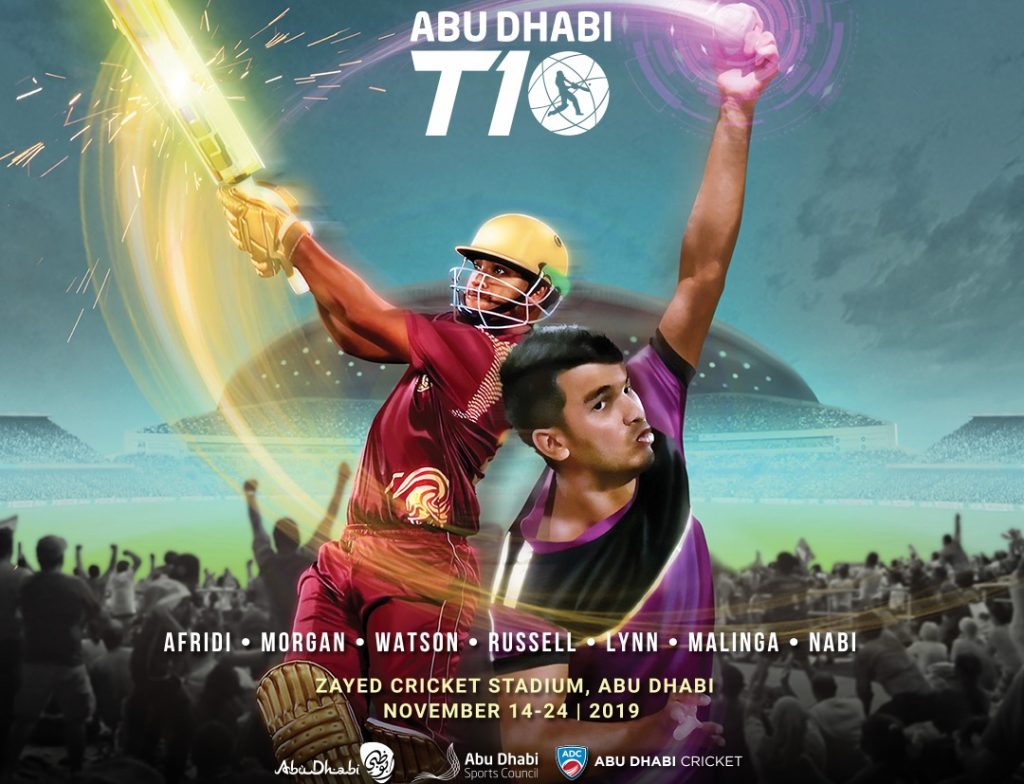 T10 Cricket was once deemed as the threat to the purity of cricket, but the rising popularity and constellation of superstars being roped in the league has made the format a money-spinner now.

The purists are entitled to their opinion about T10 cricket and some of the points they make are pretty valid, but one thing is for sure that the T10 cricket league never fails to entertain.

The first edition of the tournament took place in 2017 with 6 teams participating in the league, but after the stupendous success, the number of teams was increased from 6 to 8.

Kerala Kings had won the inaugural edition of the league defeating Punjab Lions by 8 wickets in the final, while the title in the second season was clinched by Northern Warriors who defeated Pakhtoons in the final by 122 runs.

The 3rd edition of the league is going to kick off tomorrow with Maratha Arabians and Northern Warriors locking horns in the first game.

Let’s take a look at the squads, schedule and the broadcasting details of the T10 league 2019:

In the T10 League 2018 season, the tournament started off in Sharjah with eight teams playing in the tournament. Since the number of teams is the same, the number of matches will remain the same too in 2019. Matches are 10-overs-a-side and the duration of a match is 90 minutes. The tournament is a round robin followed by semi finals and the final. The last season kicked off with the first game between Sindhis and Rajputs in Sharjah Cricket Stadium on November 2018, following the opening ceremony held on the same day. The last season also bore a testimony to massive ticket sales, through the league stages of the tournament preceding the finals.

Northern Warriors were the winners in the T10 League 2018 season. The highest runs scorer for T10 League has been Nicolas Pooran with 324 runs followed by Luke Ronchi with 197 runs and the highest wicket taker is Hardus Viljeon with 18 wickets. Sohail Tanvir, Rayad Emrit and Hasan Ali are also on the list of highest wicket takers with 5 wickets each.