South African team announces their second string T20I squad for the upcoming series against Pakistan. As their  top players will be leaving Pakistan after the conclusion of Test series in order to prepare for home Tests against Australia. 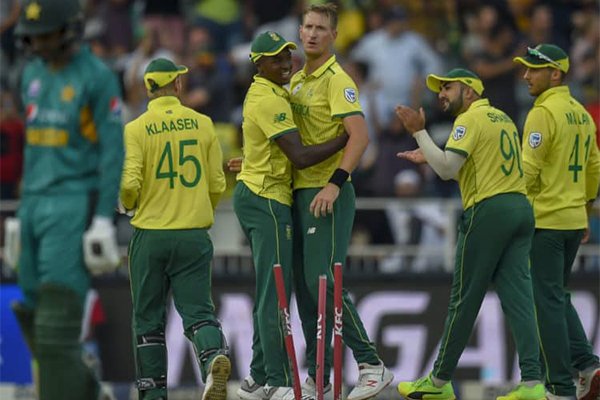 For the upcoming T20I starting from Feburary 11th 2021, Heinrich Klaasen has been named as skipper . However official confirmation related to South Africa-Pakistan series is still awaiting. However 18th man squad announced by South African cricket board have three uncapped players including the likes of fast bowler Okuhle Cele, wicketkeeper Ryan Rickleton and batsman Jacques Synman.


Victor Mpitsang, South Africa’s convenor of selectors  said that the reason they have announced inexperienced squad against Pakistan for upcoming T20 as they are looking to try out youngsters. He feels that it’s an apt opportunity for the youngsters to show their mettle at the highest level.

“It’s a big year for T20 international cricket, with the World Cup coming up and this is the ideal opportunity for youngsters to put their hands up and grab opportunities, however they may come,” Mpitsang was quoted as saying.

“We are excited to see what these youngsters will do under what won’t be the easiest of conditions, but more than that, we as a panel, are looking forward to seeing the more experienced players step up as leaders and take ownership of the team,” he stated

The T20 squad for South Africa against Pakistan is described below