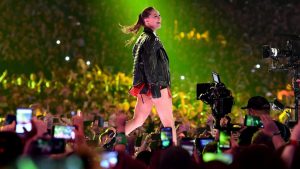 Ronda Jean Rousey, popularly known by her ring name Ronda Rousey, is an American professional wrestler, currently signed to World Wrestling Entertainment, however she is on a hiatus. Rousey bagged the eyeballs after she became  the first US woman to earn an Olympic medal in judo at the ‘Summer Olympics’ in Beijing in 2008. Rousey then She then became number one pound-for-pound female MMA fighter in the world.

Rousey has been recognized as the only woman to win a championship in both the UFC and WWE, as well as the only woman to headline a pay-per-view event in both companies. She has had a great career in MMA and professional wrestling. She became Strikeforce Women’s Bantamweight Champion as well as and made history as the first female UFC Champion. 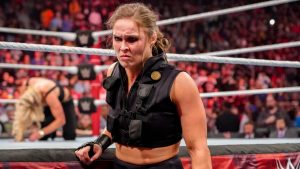 Ronda Rousey was born on February 1, 1987, in Riverside, California, USA.. Inspired by her mother AnnMaria De Mars, who was the first U.S.female citizen, to win a ‘World Judo Championship, Rousey left her studies and started her training with her mother. At the age of 17, she competed in 2004 ‘Olympic Games’ in Athens, becoming the youngest judoka in the entire ‘Olympic Games.’

Ronda Rousey has dated  fellow MMA fighters, Brendan Schaub, Timothy DiGorrio, and Travis Browne. Rousey started dating ‘UFC’ fighter Travis Browne in 2015 and later engaged on April 2017. They tied the knot on August 28, 2017. Her father Ron Rousey was a soldier, who committed suicide due to the issues of disability. However, her mother Anna Maria De Mars was a renowned Judo Champion. 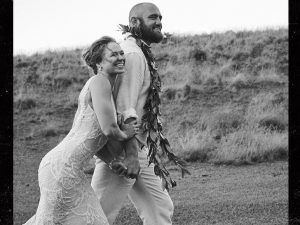 In 2007, she won the silver medal at the 2007 ‘World Judo Championships’ in the middleweight division. Rousey competed in 2008 Olympics, but lost  the quarterfinal to Edith Bosch. However, she became the first American woman to earn an Olympic medal in judo by winning bronze at the 2008 Summer Olympics. She retired from judo after the 2008 Olympics. 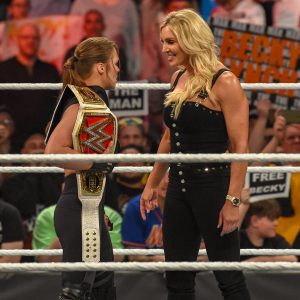 She joined the ‘Glendale Fighting Club’ and made her amateur debut in mixed martial arts in August 2010. In her debut match, she emerged victorious by defeating Hayden Munoz in 23 seconds. She went on to make her professional mixed martial arts debut in March 2011 at ‘King of the Cage: Turning Point’ where she defeated Ediane Gomes with an armbar submission in 25 seconds.

In 2017, Rousey signed the contract with World Wrestling Entertainment, and was assigned to ‘WWE Performance Center’ for training purposes. Rousey made a surprise appearance at Royal Rumble on January 28, 2018, confronting Raw Women’s Champion Alexa Bliss, SmackDown Women’s Champion Charlotte Flair, and Asuka. At Wrestlemania 34, she teamed up with Kurt Angle against Triple H and Stephanie Mc Mahon in winning effort.  At SummerSlam, Rousey squashed Bliss to win the Raw Women’s Championship title, her first championship win in WWE. 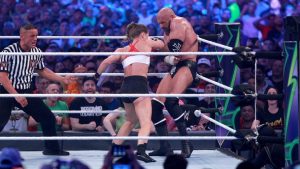 Rousey won won the bronze medal in women’s 70 kg tournament in judo at the 2008 ‘Summer Olympics. 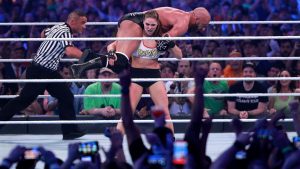 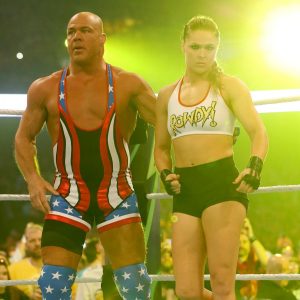 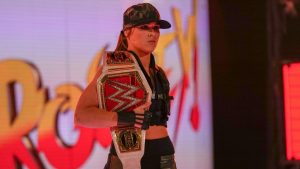 Rousey hits a controversy when her ex-boyfriend attracted took her nude photos without her consent or knowledge.