Australian legendary cricketers like Ricky Ponting, Michael Hussey and Mark Waugh lashed out at Matthew Wade for playing a rash shot and giving his wicket away during crunch moment of the game against India on day 2nd of third Test match at Sydney Cricket Ground. 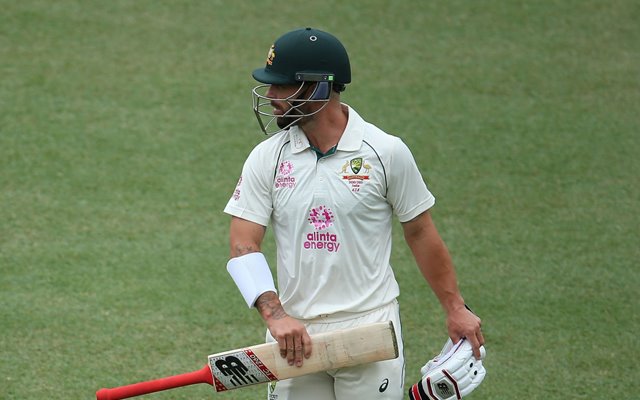 Wade was playing on 13 runs and was expected to compliment Smith on the other end but he decided to take on Ravindra Jadeja unnecessarily and lost his wicket. Wade tried to chip the ball over the mid-wicket region and could manage a leading-edge. He was caught by Bumrah at mid on to which Ponting who is known for his outspoken nature added that Wade needs to be aware about the game situation.


“Matthew Wade needs to have a lot more game awareness…what he’s done by getting out is expose Cameron Green to the new ball, a guy in his third Test, and for mine that is just not thinking enough about the situation of the game,” Ponting told.

In the meantime it was followed by the statement from Hussey who said Wade can’t afford to throw his wicket away through low percentage shots which is something you don’t expect from International cricketer.

“He’s just giving his wicket away; they are low percentage shots. He exposed Cameron Green to the new ball just before lunch,” Hussey told on Fox Sports.

Another legendary player Mark Waugh stated that Wade should wait for loose balls to put away rather than trying to innovate shots on good balls.

“It’s a Test match there’s no need to do that. It’s good to be aggressive but if the balls not there then you’ve got to pull out of the shot and knock it down for one,” Waugh said.

The third test match between India and Australia at Sydney is currently balanced at the moment and if India has to take a lead in the ongoing match they need to bat entire day tomorrow against Australia.