Thanks to Anstup Majumudar and Arnab Nandi unbeaten partnership helped Bengal to stay alive on the fourth day of 2019/20 Ranji Trophy finals against Saurashtra played at SCA Stadium, Rajkot on Thursday.

Starting on the overnight score of 134 for 3, Wriddhiman Saha survived a close LBW shout as he was given out by umpire and Saha decided to review it, the decision was overturned as there was an inside edge. Sudip Chatterjee reached his fifty off 154 balls. Saha also survived a run-out chance. Saha looked positive with his stroke play and made the batting look impressive. Saha was given another reprieve and also reached his fifty off 132 balls. At lunch, Bengal were 218 for 3. 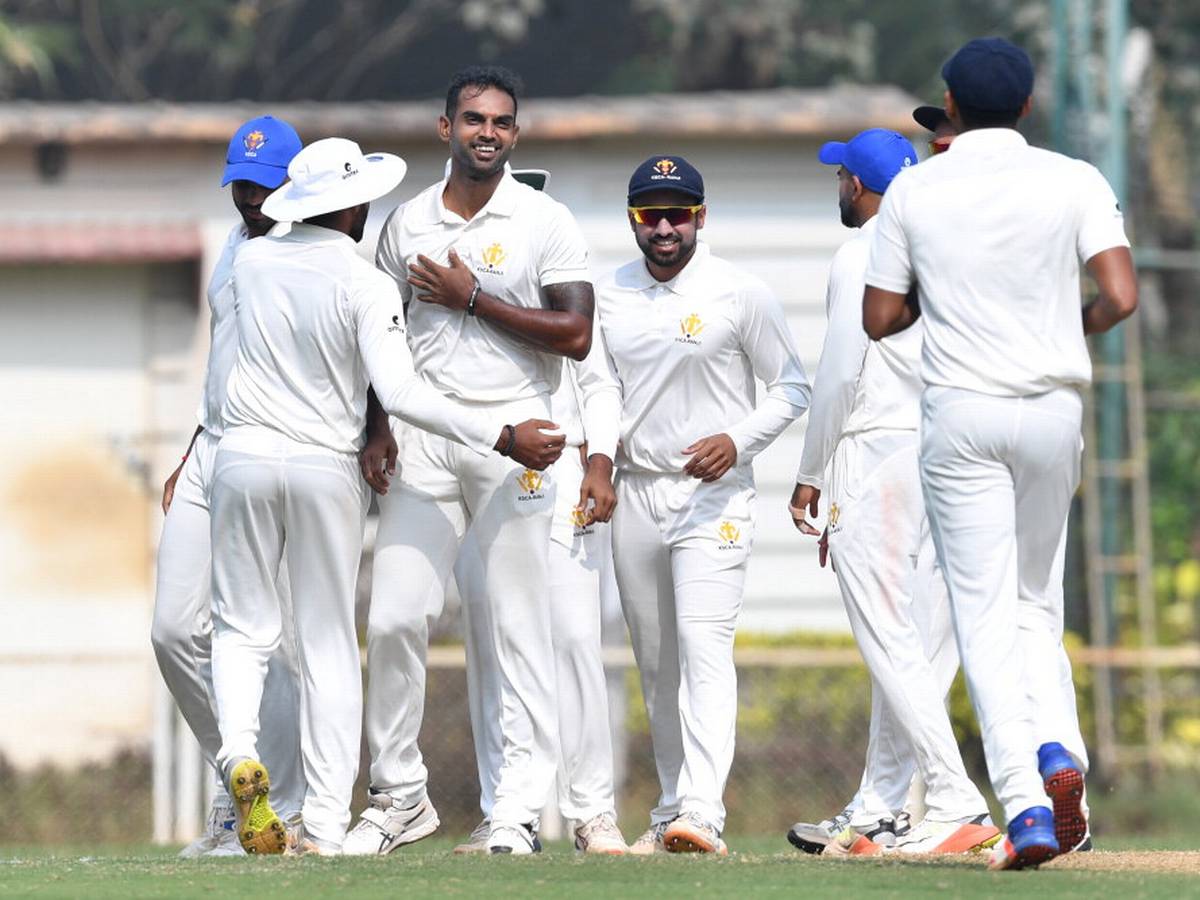 After the lunch break, it was a solid display by Saha and Chatterjee who kept the Saurashtra fielders frustrating. DA Jadeja got the breakthrough for Saurashtra dismissing Sudip Chatterjee for 81. Chatterjee and Saha added 101 runs for the 4th wicket. Anstup Majumdar was dropped at slips when he was on 10. Mankad struck for Saurashtra dismissing Saha which hit the inside edge which hit the off stump. Saurashtra bowlers kept it tight and did not allow Bengal batsmen to score runs easily. Chetan Sakariya produced a beauty to get the wicket of Shahbaz Ahmed cheaply leaving Bengal at 263 for 6. At tea, Bengal were 263 for 6.

In the third session, Arnab Nandi and Majumdar kept the scoreboard ticking hitting boundaries. Majumdar was impressive against DA Jadeja which made Saurashtra captain think. Jaydev Unadkat was not able to pick wickets for Saurashtra. Majumdar reached his fifty off 118 balls and made life tough for Saurashtra bowlers. Arnab Nandi looked solid with defensive technique. Despite the low bounce and struggle, Nandi and Majumdar have added so far 91 runs for the 7th wicket. Bengal are still trailing by 71 runs to win their first title after 1989/90 while Saurashtra needs 4 wickets to win their maiden Ranji Trophy title.