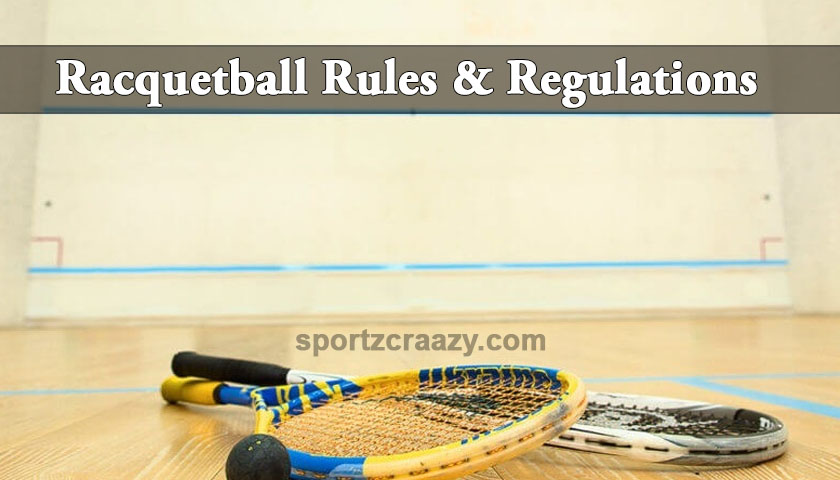 Racquetball Rules: You must have heard about famous sports played with racquet such as Tennis, Badminton, but there is a fascinating game called Racquetball similar to these games but it is even more easy and exciting to play.

Racquetball Rules, Dimensions & How to Play 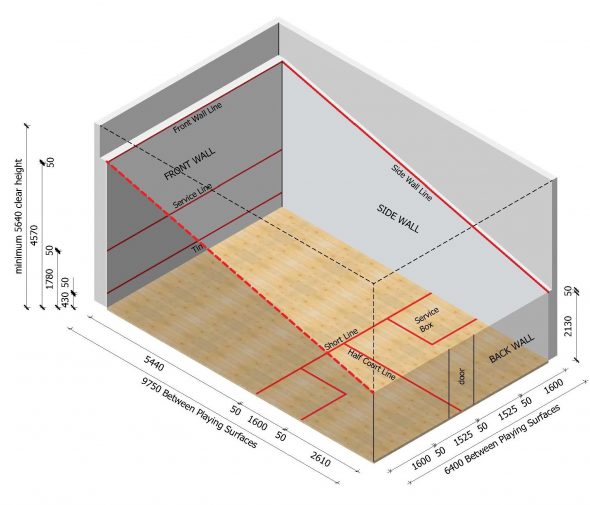 The racquetball court is designed in a rectangular shape which is 40’ long, 20’wide and 20’ high. This court is completely enclosed. In the rectangular court, you can see a front wall and a back wall.

How to Play Racquetball The number of players involved in this game is much similar to other games. It can be played as one in opposition to one or two competing against two. Sometimes in the informal games, there will be two players challenging one.

The main aim of the game is to win the rallies to score points. This can be done either by serving or by the exchange of play between the players. The players should make sure that the ball should bounce the floor once before hitting the front wall. After this, the ball should hit the floor beyond the short line.

The winner of the game is usually decided by taking the best of three matches. In the first two matches, the player has to reach 15 points to win the match. In case of a tie, there will be a third match where the points to be reached are 11.

The game starts with a serve. The player who will get the opportunity to serve in the first game has to be decided by some form of lot system. In the second game, the other player who lost the lot will serve. If there is any need for the third game, the one with the highest cumulative points will serve.

The player who serves should hit the front wall by making the ball bounce once before the short line. The server will get two opportunities to put the ball into motion. But in many of the games, this chance will be given only once. If the ball hits the front wall without this bouncing, it will be considered as a fault. After hitting the front wall, the ball can touch any one of the side walls. If it touches both the walls it is considered as three walls serve which is a fault.

Apart from this, there are some other Faults Serves which are Explained as below :

In case the ball lands before the short line, then it is fault named as Short serve. After hitting the front wall the ball should be rebound in the back wall only after touching the floor. If this didn’t happen, then it is a fault which can be called as long serve.  If the ball does not hit the front wall or if it touches the servicer after bouncing from the front wall, then it is called immediate out.

In certain instances, the ball may touch the ceiling after touching the front wall. This can also be said as the fault which is best known as the ceiling serve.

Unlike in many other games, there is an interesting part of this game called Hinder. If anyone of the players obstructs the ball or their opponent’s view, then it is called as let. In this case, the point is replayed. There is another kind of hinder called penalty hinder where the opponent player is deprived of an opportunity of having a point-winning shot. In this case, the player will be awarded a point, or given an opportunity to serve.

You would have got the interest to play this game after knowing these simple rules. Have fun.