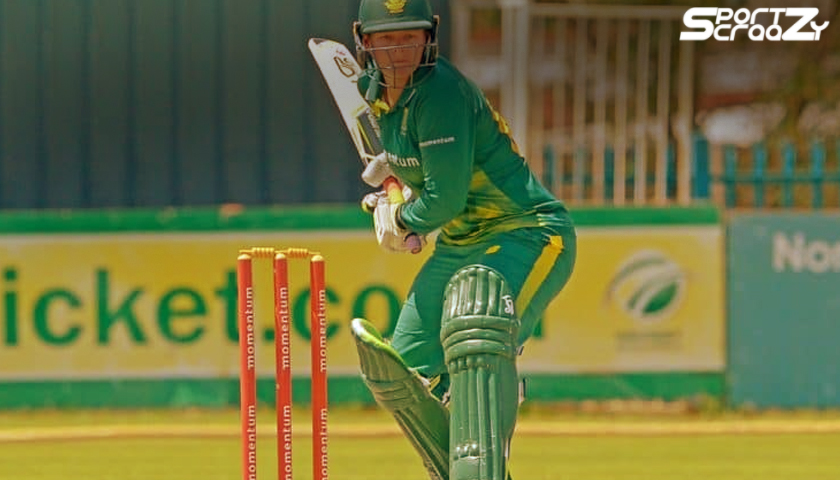 Hailing from multi-talented people’s land, South Africa, Lizelle Lee is a protean cricket player who is known for her big hitting powers international arena. She is a right handed batter and bowls right arm medium fast. She has played over 150 international matches and has played in various T20 tournaments around the world. She is a backbone of South African Women’s cricket team and arguably the best batter in shortest format.

She has been included in the South Africa’s Women World Cup squad for the showpiece event to be held in Australia this year. She is naturally an aggressive player and known for his big innings. She currently sits at No. 8 and No. 9 position in ICC ODI and T20 rankings respectively.

She was born on 2 April,1992 in Ermelo, Mpumalanga, South Africa. She developed the tactics of the game while practicing with her father.

She started playing for the North West team in the domestic circuit. She once staggered 169 not out off just 84 balls against Mpumalanga in a provincial T20 match.

She made her international debut at Potchefstroom in T20I against Bangladesh women at age of 21 but since there was no looking back. She has developed as an important cog in the batting line-up. She has two One day international hundreds to her name. She was selected to play in the 2014 Women’s T20 World Cup which was held in Bangladesh.

There, she shared the highest ever undefeated partnership of 163 not out  in Women’s T20 with allrounder Dane Van Niekerk. She has the ability to win matches for the team on her own. She can also keep the Wickets providing a fine balance to the team’s needs.

She donned her only Test cap till date against India in Mysore in 2014 where she failed miserably scoring only 6 runs across the two innings.

Lee played an important role in the success of South Africa in 2017 Women’s World cup where her side went into the semifinals before going down against eventual champions, England. She scored 269 runs with three fifties to her name in a successful campaign. She hit 12 sixes in the tournament, most by any player. She is no stranger to the boundaries.
In May 2018, she became the third player for South Africa women to score 2000 runs.

She has been an integral part of Melbourne Stars setup in Women’s Big Bash league where she has played 40 matches scoring 1100 runs with the Strike rate of about 125.

Her best innings till date was when she thumped a  58- ball 104 for Surrey stars in the 2019 Kia Super League final. It resulted in a victory for Surrey Stars.

Her career hit a low when she was ruled out of team due to fitness concerns but she made remarkable recovery and recovered a lot.

She is engaged to her long time girlfriend, Tanja Cronje. Her hobbies include playing golf, spending time with pets. Her favourite cricket player is Lance Klusener. Her favourite food is Spaghetti bolognaise. She is interested in teaching and she believes that she is the best player in the World.