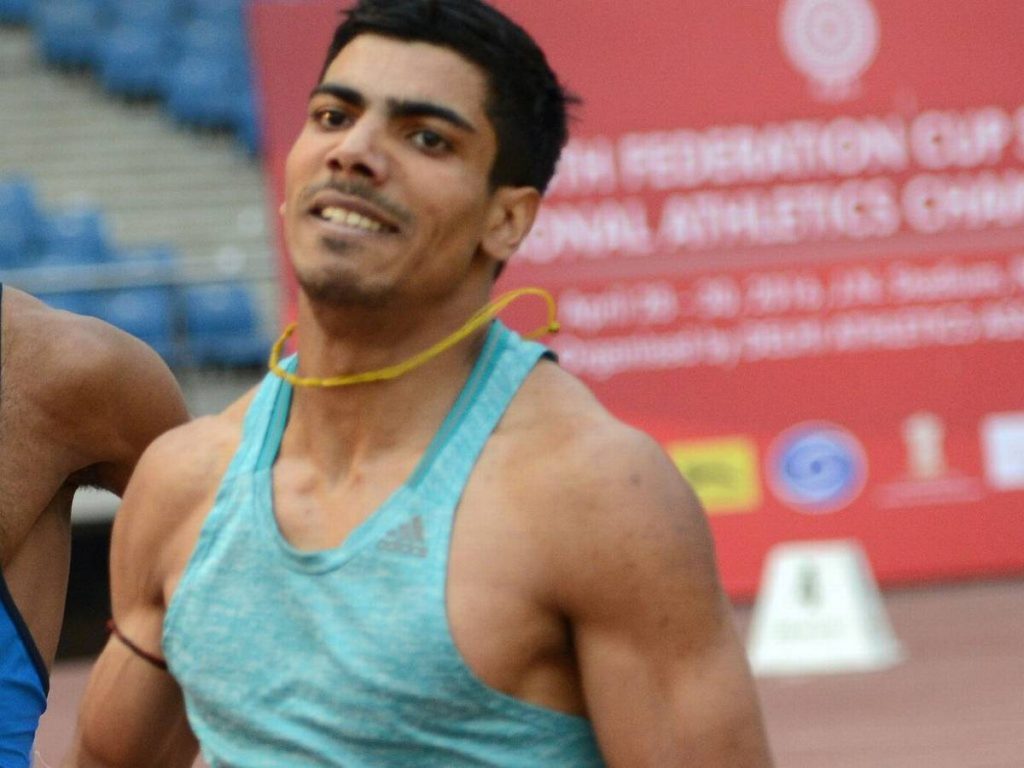 Lalit Mathur Biography: Lalit Mathur is an Indian sprinter who was a part of India’s six member 4×400 meters relay team at the 2016 Summer Olympics.

Lalit Mathur Early Life: Lalit was born on 18th December 1994 in a village of Karala, situated in North West Delhi. Lalit was drawn to athletics at the age of five. His father Vinod, a self-proclaimed cricketer and Javelin thrower would take his son for training on his bicycle every morning. He performed this drill for the continuous three years. He would cycle for about 7-8 km with his son following him by running behind him.


Lalit Mathur Personal Life:
Father- Vinod Mathur (Cable Operator)
Lalit completed his graduation from Delhi University’s Sri Guru Nanak Dev Khalsa College. Lalit was born to a local cable operator. Lalit grew up in Karala village in North West Delhi. Lalit’s family consists of him, his two sisters, his father and his mother. Lalit who used to train hard was a vegetarian. So his coach told him to drink at least 5 liters of milk every day.  In fact, his father had kept a buffalo in order to give him unadulterated milk. In order to let Lalit improve his power and stamina, his mother who was very strict regarding avoiding non vegetarian made him a separate kitchen where she cooked him non veg food that was high in protein. Lalit’s father is a proud parent as his village and adjoining villages has given some star sportsmen such as wrestler Sushil Kumar, cricketer Virender Sehwag and his son himself.

Lalit Mathur Professional Life:
Coach- Mukesh Vats
Lalit was the only athlete to be selected in Commonwealth games from Delhi. His coach Mukesh Vats, who runs a sports academy and physiotherapy centres, has accompanied him to all major tournaments except the Common wealth games. Lalit Mathur went to the Rio 2016 Olympics as the sixth member of the Indian relay team. The other members of the team included Kunhu Muhammed, Muhammed Anas, Ayyasamy Dharun and Arokia Rajiv. Mohan Kumar Raja. The Delhi lad competed in 400 meters, 800 meters and relay events. Lalit clocked his personal best timing of 46.74 seconds to seal his spot in the relay team. Lalit has been a good performer at the national level games. With Lalit included into the relay team, the Indian men’s 4x400m relay team smashed the national record, clocking 3:00.91 seconds at the Sree Kanteerava Stadium in Bengaluru, they qualified for the Rio Olympics of 2016. Besides, Lalit also claims to have played the body double of Farhan Akhtar in the movie “Bhaag Milkha Bhaag”. The film was based on the former Indian Olympian Milkha Singh. However, he wasn’t allowed to take photos or upload them anywhere.