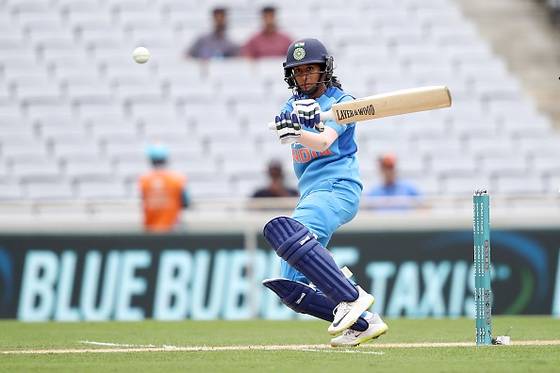 India women continued their domination over the West Indies women by notching up a 61-run win in the fifth and final T20I to whitewash series 5-0 away at home.

Having opted to bat first, Indian women in Blue managed to put 134 on the scoreboard at the loss of just 3 wickets in the fifth ODI. India did not have a great start to their innings as they lost both openers Shafali Verma and Smriti Mandhana cheaply. Shafali and Smrthi could score just 9 and 7 respectively. However, Jemimah Rodrigues and Veda Krishnamurthy then steadied the Indian ship as they joined forces for a 117-run partnership for the third wicket. Both scored half-centuries to lift India to a moderate total. Jemimah scored 50 runs before she fell to Aaliyah Alleyne on the second last ball of the Indian innings while Veda remained unbeaten at 57.

In reply, the Carribean women did not have a good start to their innings as the Indian bowlers led by Anuja Patil kept the West Indian women in check. West Indies lost two wickets early after Natasha McLean (9) and Chedean Nation (0) were sent back cheaply by Anuja. The West Indies were 13 for 2 in the fourth over and they never recovered from that. Half of their batters were out for 53 runs in the 14th over. Indian bowlers continuing their superb show, managing to contain the home side for just 73 at the loss of seven wickets.

Anuja Patil was fantastic again who gave away just 3 runs in 3 overs and took two wickets including opener Natasha Mclean’s. Anuja was supported well by Radha Yadav, Poonam Yadav, Harleen Doel and Pooja Vastrakar as they all managed to scalp 1 wicket apiece.

Before the T20I series, India had also dominated the three-match ODI series 2-1. The Indian women’s team will now be traveling to Australia to participate in the Triangular series which will also feature England along with the host. India will kick off their tri-series campaign on 31 January 2020 against England.