Indian team skipper Virat Kohli has been at the receiving end after the national side failed to register victory against Kiwis in maiden WTC final at Southampton. 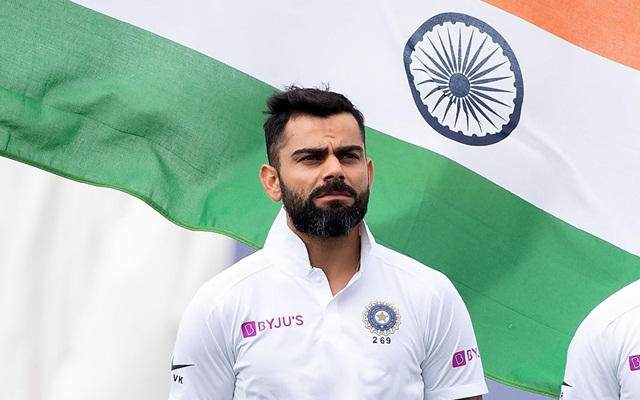 New Zealand beat India by eight wickets in WTC final and Kohli failed to contribute with bat in both the innings majorly whereas his counterpart Kane Williamson scored 49 and 51* runs in the final to guide his side to lift WTC mace.


Kohli has been criticised for his captaincy too as he has led India in ICC tournaments final three times including 2017 Champions Trophy, 2019 World Cup final and 2021 WTC final where they were beaten by Pakistan and New Zealand on both occasion respectively.

Former England Player Peter Trego comes in Kohli’s defence stated that Indian fans should feel proud to have skipper like Kohli who is equally good in all formats and considered as modern day legend of the game.

Whenever Kohli fail to deliver as captain he is compared to MS Dhoni who is certainly one of the best captains produced by Indian cricket as the Ranchi based former wicketkeeper batsman guided India for three major ICC title including ICC T20 world Cup in 2007,50 over World Cup 2011 and Champions trophy in 2013 respectively.

However in Kohli when it comes to captaining India in the longest format of the game is the most successful red ball captain produced by India till date even surpassing legendary skipper MS Dhoni in Test cricket.