Chennai, May 28, 2022: The 44th Chess Olympiad is all set to hit the record books as the highest number of countries and teams have registered for the world’s biggest chess event scheduled in Mahabalipuram, Chennai from July 28 to August 10.

The historic event, which will be conducted in India for the first time ever, has so far attracted entries of 343 teams in the open and women’s section from 187 countries from all over the globe.

A beaming Bharat Singh Chauhan, Secretary of All India Chess Federation (AICF), and the Event Director announced, “We have a record-breaking 187 countries registered with 189 teams in the open section and 154 in the women’s section. This is indeed a proud moment for all of us, especially it being the first offline event since the pandemic started.”

Previously, the Batumi Olympiad, held in 2018, had set a record with 184 and 150 teams in the open and women’s sections respectively from 179 countries.

1️⃣8️⃣7️⃣ & counting! The 44th #ChessOlympiad has registered most number of countries & highest number of teams in the history of the world's biggest chess event 🙌

The icing on the cake is the confirmed participation of reigning World Chess Champion Magnus Carlsen of Norway—the highest ever rated player on the planet. India, as the host country, is eligible to field an extra team in both sections and has an opportunity to field a third team in case of an odd number of entries.

“Right from the time the Olympiad was awarded to us, we have been relentlessly working with a single-minded focus, keeping the Olympic motto ‘swifter, higher, stronger in mind with regards to organizational aspects also,” said an elated AICF President Sanjay Kapoor.

Chess has traveled a long way and FIDE—the world chess body, which started the first official Olympiad in 1927 in London with 16 countries in the fray, too has reasons to celebrate this success after reposing faith in AICF to pull off this Herculean task in just about four months.

After India was awarded the right to host the Chess Olympiad in February this year, things have moved in a whirlwind fashion. AICF has been literally working round the clock to ensure not only smooth conduct of the event but also associating with FIDE to ensure monetary assistance to countries to field their teams.

Efforts are also on to see that this Olympiad goes down in history books as one of the best organized Olympiads. 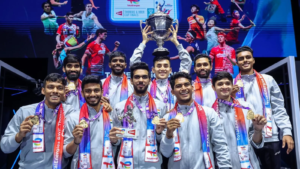 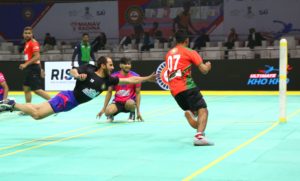 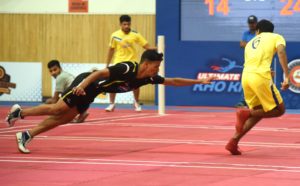