LEG vs SEV Dream11 Prediction: Leganes and Sevilla will lock horn in Butarque in the Tuesday night affair of Spain’s top flight. Leganes is at the 19th spot in the table with 25 points and Sevilla is now sitting at number 4 with 54 points.

Sevilla will face relegation-threatened Leganes at Butarque on Tuesday night. Julen Lopetegui’s side are winless from the last four games and they moved to number four in the table. Lopetegui’s men started with a win over local rivals Real Betis in La Liga return game but later, they picked up 4 points from the previous 4 outings. They played a goalless draw with Barcelona but their draw against Levante, Villarreal and Real Sociedad were pretty disappointing for Lopetegui. In the previous fixture, Ocampos’ penalty shot just before the 7 minutes to end the second half saved the defeat for Sevilla.

With 54-points, Sevilla are 4-points behind to 3rd placed Atletico who will face topper Barcelona in the next game of tonight, and most probably, Atletico cannot gain any point from this game. Sevilla have the solid opportunity to garb 3-points to reduce the margin with just one point. The tally will be changed after Getafe and Real Sociedad’s game.  The top four is pretty safe but they can aim for a better performance as the top sides struggled after lockdown.

Second from the bottom in the table is struggling even after the lockdown as they suffered as they have won just one of their last 10 matches. They secured two points from the last five outings and are placed at the 19th, nine points behind to avoid the relegation zone.

That last victory came against Villarreal in their last match before the lockdown and after La Liga return, they have lost three and drawn two. Saturday’s defeat to Osasuna was another nail in the assurance of their relegation zone. Javier Aguirre’s side have nothing to gain and each point is crucial to step closer to the 17th spot.

Banega has been pivotal for Sevilla in the midfield line. He has netted 2 goals and provided 6 assists from 28 appearances.

Ocampos has been excellent in the forward line for Sevilla. He has netted 12 goals and four assists from 27 games in the league this season. He has a pass accuracy of 77.5%.

Luuk de Jong has netted six goals and has an assist with a pass accuracy of 69% from 1883 minutes in the league this season.

Mesa has been tremendous in the midfield line for Leganes. He has netted one goal and provided three assists from 1878 minutes in the league this season.

Assale can do wonder for the underdogs. He has appeared in just 9 games and yet to score a goal but he can earn you some decent points in fantasy. 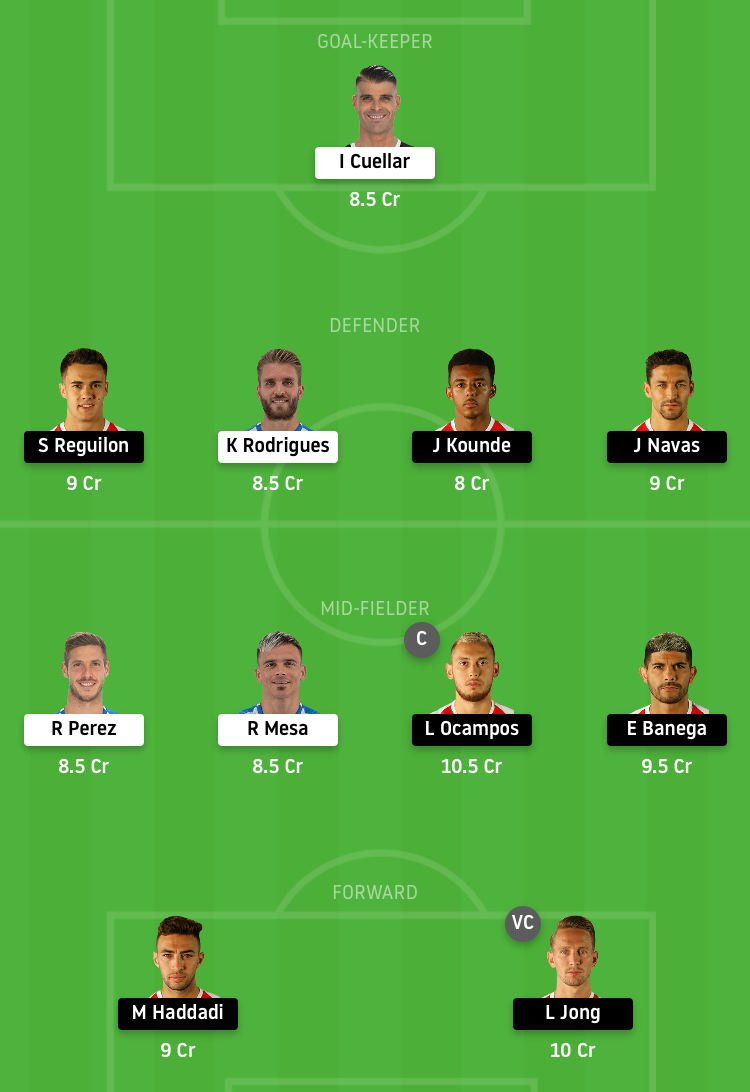