SCP vs PAC Dream11 Prediction:  Sporting CP welcomes Pacos de Ferriera in Round 26 match of the Primeira Liga at the Estádio José Alvalade on Saturday. The last time they faced each other was in November 2019 when Sporting FC outscored the home side in Round 9 by 2:1 to win the match. Sporting CP is the favourites to win this match after their unblemished performance this season. However, the visitors will have something different in their minds to avenge the loss in the last game. This match brings in a lot for the Indian Fantasy football fans as they can make the best SCP vs PAC Dream11 team and also follow SCP vs PAC Live Score on the Fan Code app.

Sporting CP head back home after a draw against Guimaraes last week and now they are all set to host Ferreira tomorrow. Sporting CP has been promoted to UEFA Europa League Qualifiers and is currently 4th in Primeira Liga 2019-20 season. With 13 wins so far, they are still 6 wins ahead of the Pacos de Ferreira. Going into this match, the side would miss out on the services of the striker Luiz Phellype due to his knee injury.

Pacos de Ferreira is currently at the 16th place in the Primeira Liga 2019-20 season after 7 wins, 4 draws and 14 losses until the Round 25. However, Ferreira comes into this round after a win over Rio Ave 3:2 on the road last week and it would be a major boost for them when they take on the home team on Saturday. Ferreira has had a 50-50 record in its last four away matches and if they managed to break the ice in this matchup, they will be able to avenge their loss of Round 9. Striker Murillo won’t be a part of this round due to personal reasons while Bruno Teles has been suspended after the red card in Round 25. And goalkeeper Simao Verza Bertelli has been ruled out for indefinite period due to the Achilles Tendon injury.

SCP vs PAC Head to Head: 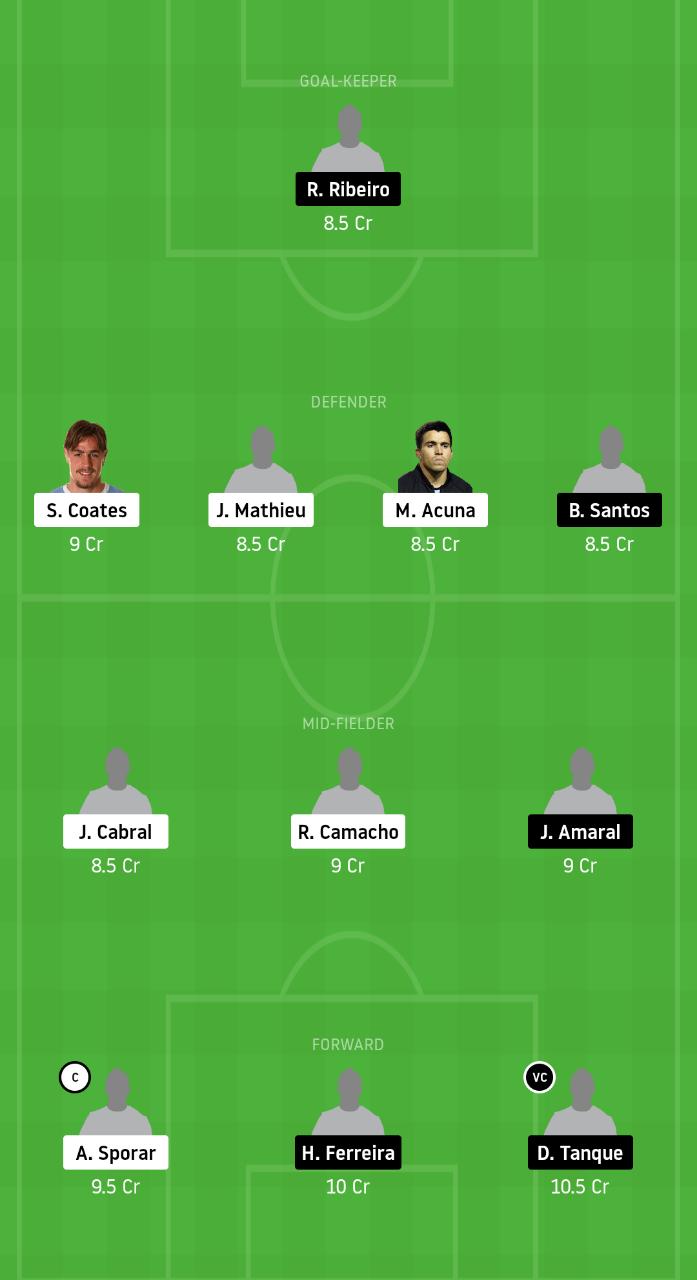