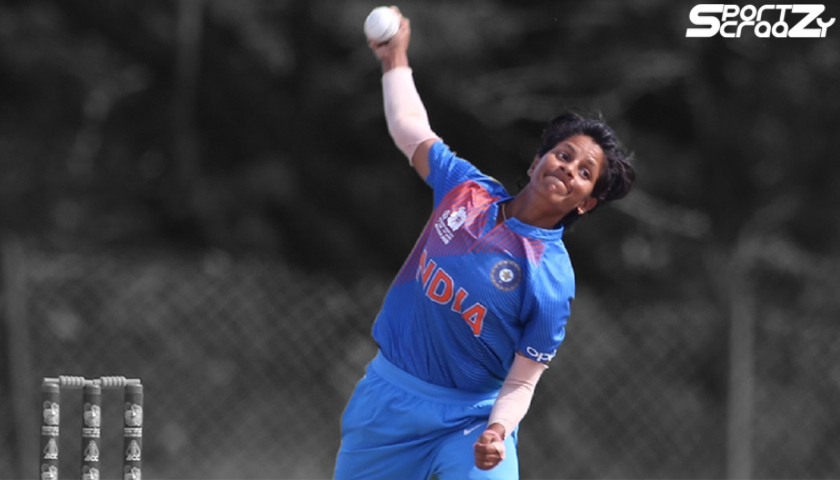 Poonam Yadav has gone through a journey that many Indian female cricketers have endured. Since she was a kid, Yadav was extremely fearless. Unlike other girls of her age, Yadav was not scared of scars and injuries. Instead, she would wear them like a badge of honour, and would always go out to play.

She was inclined to a number of different sports. For her, the main intention was to play. Because no girl of her age was playing cricket, she found herself hustling and bustling against the boys. With this came the numerous taunts from the boys. They tried to shut her down, by saying that cricket is a masculine sport and females have no business in this game.

They even went to her house to inform her mother, Munni Devi, how her spoiled kid is fighting it out in the 22 yards against the boys on a regular basis. While her mother was lenient, ex-Army official Raghuveer Singh Yadav was not. He was adamant that sports in not where Poonam’s future lies. However, if anything, Poonam was more adamant than her father.

She decided that come what may, she won’t quit the sport. Her game reached a whole new level, and even the boys were now finding it tough to deal with her bowling. In her journey, Yadav found beside her the trusted figure of former Indian cricketer Hemlata Kala. Kala helped her father realise that his daughter is made for greatness. On learning how she has been performing and how brilliant her future can be in cricket, Raghuveer Singh Yadav decided not to stand between Poonam and the game.

In the domestic circuit, Yadav has represented Uttar Pradesh, Railways and Central Zone. She was once very close to retiring. Back in the 2009-10 season, nothing was working out for her. Everything she tried failed, and Yadav decided to draw curtains to her cricketing career.

But her father, who once was against her career in cricket, told her not to take such a decision and wait for things to get better, which eventually did. Yadav changed teams in 2011, and signed for Railways. This is where she found her form again. The Railways team management had a crucial role in her getting back of rhythm.

Yadav’s international debut came 3 years after she decide not to play cricket anymore. The decision of persevering turned fruitful, as on the 5th of April, 2013, she found herself wearing the blue jersey at Vadodara.

Yadav was selected for the T20I against Bangladesh, in which she picked up 3 wickets. Lata Mondal, Fargana Hoque and the skipper Salma Khatun were the victims. She also inflicted the run out of opener Shukhtara Rahman.

Her ODI debut came a week later against the same opposition, at Ahmedabad. In this match, she played a crucial knock of 15 runs. Once again, she took 3 wickets with the ball. Lata Mondal was the common victim, while Rumana Ahmed and Shahanaz Parvin were her new victims this time. She has also played a Test match, against South Africa at Tamil Nadu. In the two innings combined, she took 3 wickets.

Poonam Yadav has received the prestigious Arjuna Award in 2019. She won the award alongside Ravindra Jadeja. She is also the leading wicket-taker for India in the T20Is. She played a crucial role in the 2017 ICC Women’s World Cup. Her spell of 2 wickets for 23 runs helped India prevent a shock defeat against Sri Lanka.

She has 6 international 4-wicket hauls. Yadav is currently 8th in the all-time leading ODI wicket-takers from India. However, she is the only played to played less than 50 ODIs amongst the top 8.